After Brett Ratner stepped down from producing the 2012 Academy Awards yesterday, it seemed like it was only a matter of time before host Eddie Murphy would step down as well, since Ratner had been the one to recruit him in the first place. Today we indeed got the news that Murphy will not host the Oscars, so who should be his replacement? One online campaign is pushing for an unusual choice: The Muppets.

The campaign to get the Muppets to host the Oscars actually began in February of this year. The Tumblr website MuppetOscars.com was established on February 28th to be exact, accompanied by a Twitter account and Facebook page. Both of these social networking accounts were pretty dormant until the recent Oscar news, which has bumped up their followers considerably. Now several blogs are starting to join in on the campaign by weighing in on why they think it’s a good idea. 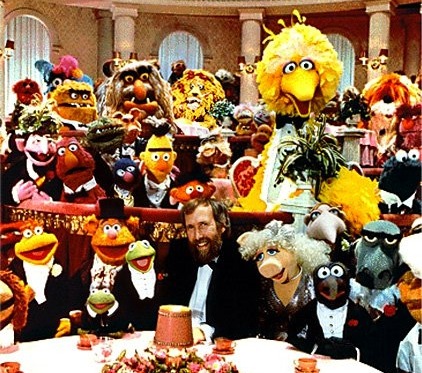 It is definitely a reasonable option considering these 84th Academy Awards are airing on ABC. ABC is owned by The Walt Disney Company, which of course owns The Muppets. What better way to promote your own product, especially when the most recent Muppet movie should be hitting DVD and Blu-ray soon after. What do you think? Could ABC pull off a live awards show with The Muppets hosting? Let us know in the comments below.

Check out the campaign’s Twitter feed for some of the more interesting blog posts about the topic, including this one that shows how well the Muppets have faired in award shows in the past.

UPDATE: Variety’s ShowBlitz gives an update that those that run the Academy Awards know about the online campaign, but aren’t taking it seriously. Sad face.