What Does Latest “The Dark Knight Rises” News Mean For Its Viral Potential?

If there was one thing I took away from the news surrounding Empire Magazine’s story on The Dark Knight Rises, it is just how little everyone knows about the upcoming film. Despite an entire summer of set videos and spy photos posted online, as well as some snazzy official looks at Batman and Bane in the magazine, it was director Christopher Nolan’s quote on the timeline of the movie that has had the strongest impact on fans. The eight-year gap he says is between the two Batman sequels leaves a multitude of stories to be told and even more questions to answer. While I don’t pretend to hold any such answers, I cannot help but think about a great opportunity this may present for the film’s viral campaign. Hit the jump for more.

For those who have not yet read Christopher Nolan’s comments on The Dark Knight Rises, you can find them in the latest issue of Empire Magazine. Below is an excerpt of what he said via FusedFilm:

“It’s really all about finishing Batman and Bruce Wayne’s story. We left him in a very precarious place. Perhaps surprisingly for some people, our story picks up quite a bit later, eight years after ‘The Dark Knight.’ So he’s an older Bruce Wayne; he’s not in a great state. With Bane, we’re looking to give Batman a challenge he hasn’t had before. With our choice of villain and with our choice of story we’re testing Batman both physically as well as mentally.”

Until now, we have seen less of a viral campaign for The Dark Knight Rises than we did for The Dark Knight. Yet today’s news seemingly states that, in theory, there is significantly more story to be told in the events leading up to the film, which is why I believe it’s marketing would greatly benefit from using comic books that explore this back-story as the foundation for the film’s viral campaign. 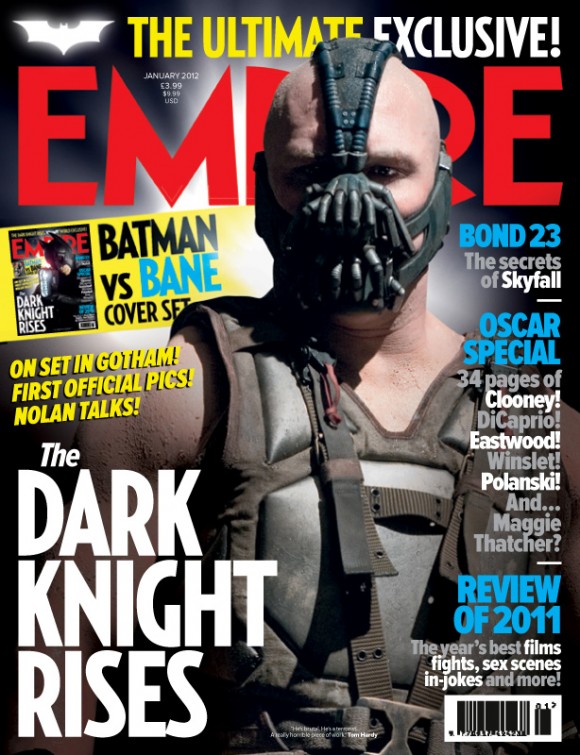 Prequel and tie-in comics are not new to film marketing, but there are several reasons why I feel The Dark Knight Rises prequel-style comics would be a logical and exciting launching point for another all-encompassing viral campaign. Beyond the fact Batman has its roots in the medium, DC Comics has enjoyed overwhelming success in the comics market since the relaunch of their titles as part of their “New 52” initiative in September. Individuals (like me) who never bought single issue comics before now look forward to Wednesdays every week to read these stories. With this new audience, DC has dominated the comic book market the last three months. And since Batman already rules the box office, Warner Bros. would be performing some effective and lucrative cross-pollination marketing by capitalizing on audiences in two different mediums, the sizes of which they have never seen before.

While the idea of tie-in comics may sound trite, the fact there is precedent makes me more excited about its potential. DC released a number of Green Lantern one-shot comics based on each of the main characters in the weeks leading up to the film’s release earlier this year. They also produced a pretty stellar mini-series documenting what occurs in the events between the storylines of the Batman: Arkham Asylum and Batman: Arkham City video games. Furthermore, if this approach was adopted, it would actually be the second Christopher Nolan film to employ such a strategy. Inception produced a short prequel comic prior to the film’s release in 2010.

Now I know not everyone enjoys comics, but I ultimately believe even detractors of the medium will be drawn to such an idea because of the story opportunities. The Dark Knight ended with Batman on the run. The Dark Knight Rises will begin with him in arguably worse shape. I don’t doubt that fans, desperate for content, want to know what happened in-between. How has Commissioner Gordon balanced his loyalties to Batman with those to the Gotham City Police Department, who seemingly want him found? How have the Falcone, Maroni, and other Gotham City crime families evolved since the Joker played them for fools? How has the public been told to view Batman in light of these changes? And while we don’t know if Batman is actually active during this time, Bruce Wayne certainly is, and I would love to see, from his perspective, hints of his increasing hardship and deterioration. A comic book mini-series, handled by the same individuals who have made the DC relaunch so popular, (Scott Snyder, I’m looking at you!) would be perfect for this. 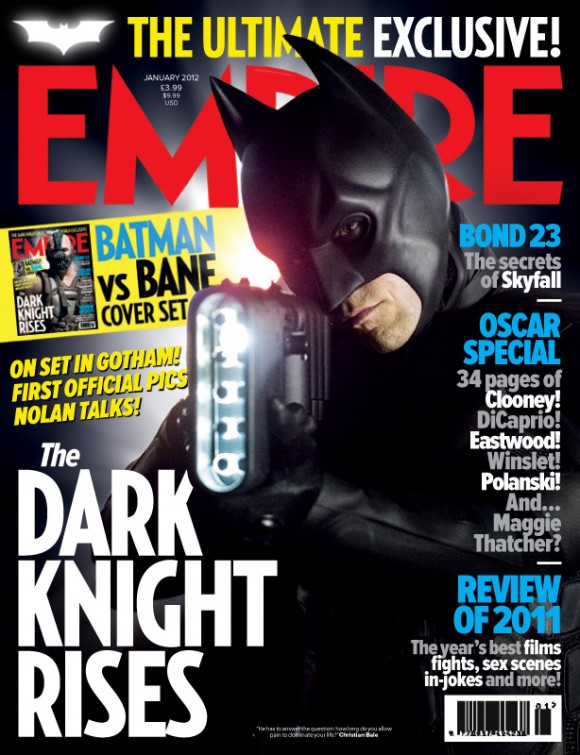 I have no doubt Nolan will address many of these questions in the film, but by using comics to develop this back-story, you suddenly have a far richer narrative that can then be leveraged through more traditional viral means. The online games and offline rallies that made The Dark Knight campaign revolutionary could all be developed based off this concrete source material. And best of all? Such a campaign would preserve the mystery of the film’s actual plot and surprises, because the focus is less about what will happen in The Dark Knight Rises itself, but rather what happened before it.

I understand that the entirety of the marketing campaign for The Dark Knight Rises was likely outlined many months ago. I know my proposal above would require heavy creative input from Christopher Nolan, which would take time that probably doesn’t exist for him. This may all be my pipe dream. Still, as one who loves viral marketing because of what The Dark Knight did in 2008, I always welcome the opportunity to put myself in the shoes of Warner Bros. and DC Comics. And I simply cannot ignore the potential to connect their brands and further build hype for what is arguably already the most anticipated film of all time.

My reaction to Nolan’s comments today highlights the emotional attachment that I and so many of you have to these Batman movies, which is why I will be looking for any and all opportunities to learn more about just what happened leading up to the final chapter of The Dark Knight legend.

What are your thoughts? Are you interested to know about what takes place between The Dark Knight and The Dark Knight Rises? How do you see film’s viral unfolding given this news? Do you want to just seen Bane in action? Let us know in the comments section below.