They say Chronicle is a rip off of Akira. I’ve never seen Akira, and chose not to, so I can come into this movie with a clean perspective and walk out with an idea of how Akira might be. After seeing this film, Akira must be f***ing awesome! Though, I doubt it had the deadliest filmmaker in the world. Read my review of Chronicle after the jump.

The story of Chronicle is simple: 3 teens get the power of telekinesis after finding a tunnel in the woods. Unfortunately, one of them turns dark and powerful, and only the other 2 friends can stop him.  I’d expect it to be just plain stupid since I dislike high school movies and teen drama in general, but you know what? This movie is not stupid. At all. In fact, it is one of the more intelligent movies that is intense with it’s action as well. A movie about teens that is logical has been proven. 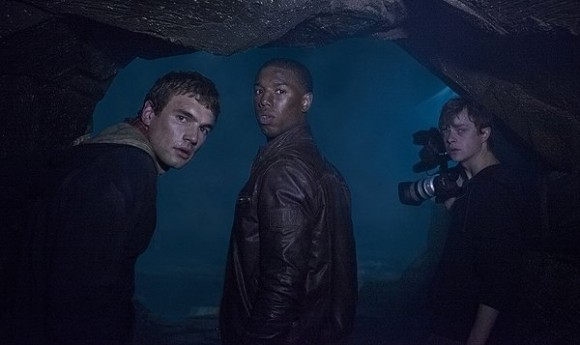 Oh I forgot to tell you: This is a found-footage film. A found-footage film that isn’t just from one camera all the time. The movie realizes that people do put the camera down because shit just got real and wouldn’t waste their time holding a camera up (I’m talking to you, Cloverfield). I don’t think any movie could sell you that but Chronicle did by using telekinetic cameras, security camera, pedestrians/tourists, etc. Not once did I question a camera angle or motive to film. In fact I rather liked the main character, Andrew, played by Dane Dehaan, because he is the most powerful cameraman in the world.

That’s not the only thing I liked about Andrew. Sympathetic villains are the best villains and Andrew is one you kind of want to win. His life was disturbed by constant abuse before he got his superpowers. By the time he goes to far, you don’t get angry at him but feel sorry for him. What better villain is there? Matt, the hero of the story, played by Alex Russell, isn’t even focused on that much. It’s a story that follows the villain in it’s majority of screen time. Matt wasn’t given that much character development. You didn’t really like him in the beginning because he was a douchebag, but he wasn’t an asshole. His growth wasn’t nearly as interesting as Andrew and his turn to the dark side. 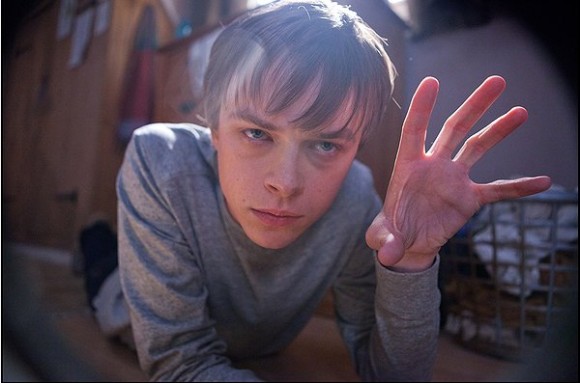 But this movie isn’t perfect. While it was logical in everything they did and how it all played out, the fault is mainly in the special effects, which isn’t saying much. When they showcase the powers it doesn’t look all that convincing. If the point of your scene is to show how cool a power is, then you better amaze me and while it did do that, it fell short sometimes.  It’s good enough but not great. However, these moments are few because the action scenes don’t give you time to declare “that looks so fake.” I’m sure if I look at it in slow motion it would look as mediocre as the other scenes but I just won’t give a damn. Steve, played by Micheal B. Jordan, was the middle man and I thought his character had a lot more potential than what they did with him. Also, the music was annoying, but I won’t put that in the mix because I just don’t like modern day music.

So in short: while the movie is brilliant, some flaws in special effects bring this movie down and weak characters here and there but really, that’s just nitpicking. It’s just not a perfect film, but it is the best Superhero movie ever made that does not originate from a comic book. Even if it did, it would give The Dark Knight a run for it’s money. The Avengers and TDKR, this is your competition. I’d give this a 4.9 our of 5 stars, but I’m forced to round it off and give it 5 out of 5 stars. 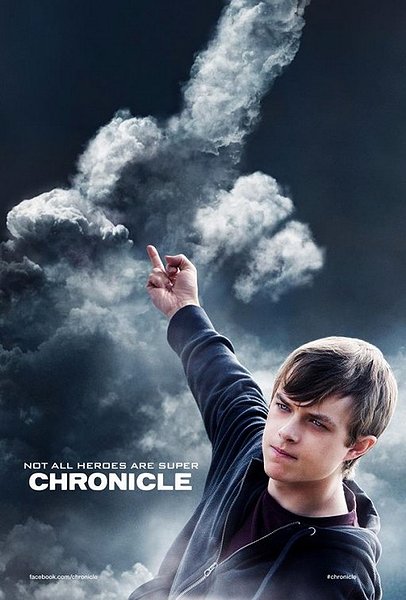 It also has the coolest movie poster ever.