Trailers Weekly is a feature in which we bring you the most popular and talked about trailers of the week. Sharing trailers is a classic viral practice, and trailers are still the most mainstream way for people to learn about movies. We got the the red band trailers for Wanderlust and Friends with Kids. Next up we have the trailer for the Intruders. We also have the international trailer for The Amazing Spider-Man. And finally we have the first trailer for Abraham Lincoln: Vampire Hunter. Hit the jump to see these trailers.

Abraham Lincoln: Vampire Hunter
Finally after countless promotional images, we finally have our first trailer for Abraham Vampire Hunter. Its everything you thought it would be. Just a pure fantasy horror mixed with action and historic elements. Just watch Abraham blast through a cherry tree with one swing of his axe. Is it crazy? Just a little bit. But hey its a summer movie so what can you expect.

A girl writes about it and it becomes real. No its not some sort of romance fantasy, its a horror starring Clive Owen. There are some rather good thrills in the trailer, but the cheesy effects and the fact that Clive Owen says “he definitely won’t come back” makes me think that Intruders will be very predictable as well. Hopefully I am wrong.

Wanderlust
David Wain’s Wanderlust has all the elements of a comedy, but can it deliver? From the looks of it, not really, but I’ve been wrong before. This red band trailer has a lot of sexual innuendos and well just sex itself. Hopefully there is just more to it than the same jokes we’ve been seeing in the past few trailers and TV spots. 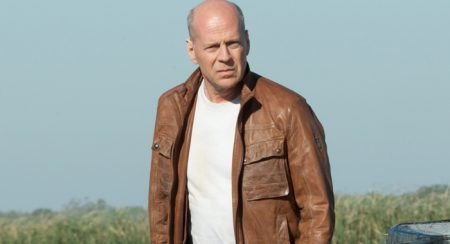