This was our second year covering WonderCon, the comic book and geek convention that is sort of the little brother to Comic-Con. You can read all of our previous coverage on this year’s event here and see my random gallery from the convention here. After the break I give my thoughts on the convention and some cool things I found on the exhibit floor.

WonderCon is usually held at the Moscone Center in San Francisco, but due to renovations, the event was moved to Anaheim, CA for this year. This was fortunate for me, since I live less than 10 miles from the Anaheim Convention Center. The con was a bit earlier than usual too, taking place March 16-18th when it is usually in early April. These factors may have contributed to the convention feeling a bit lighter than usual, though with Disneyland across the street and what was either a cheerleading or volleyball tournament (or both?) in the same building, the area was still bustling.

One of the great things about WonderCon is how it is a lot more low-key than Comic-Con, but this year took it pretty far. The main room for film panels, the Third Level Ballroom, was rarely full. It only seemed to fill up when the panel for The Amazing Spider-Man neared, and that was the last panel on Saturday. As a result, I did not get that much swag, so I won’t be having a contest like I usually do, as it’s just not worth the effort.

I was able to relax for this convention a bit, so I took some time to check out the exhibit hall. I found a few booths that might interest you:

The Sound of My Voice

We wrote about this film’s viral marketing recently, and they had a nice overall presentation at the convention. Their panel included the leader’s male assistant in the film and another woman talking about their “group” (the cult), and it was super eerie. The film had a booth that gave away a poster that showed the crazy secret handshake, a bracelet with the film’s viral website, and a removable tattoo that is a replica of the one the cult leader has. 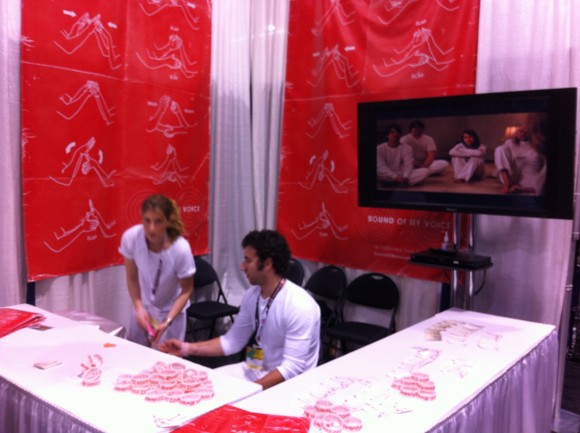 These guys make custom faux pumpkins into anything you want, though their specialty is geek stuff like Spider-Man, Harry Potter, and Firefly. A few celebrities like Gene Simmons have ones of their own likeness, though I can’t imagine most people wanting these for anything other than Halloween. Check out their website for pricing and more details. 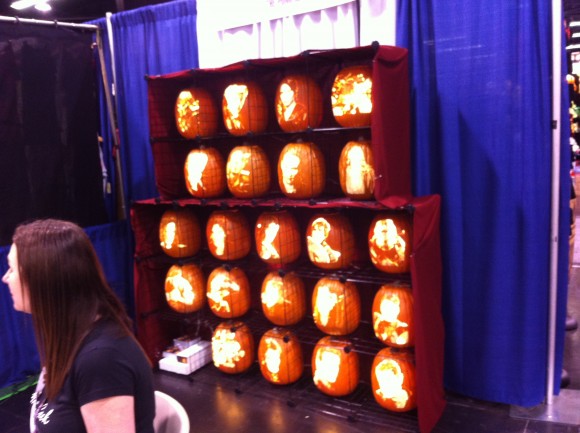 This independent web series about the zombie apocalypse premiered it’s pilot webisode at WonderCon. They have a bunch of behind-the-scenes videos and a few promos, and it looks promising. If you are looking to get more information on it, as well as ways you can contribute to the effort, check out their official website. 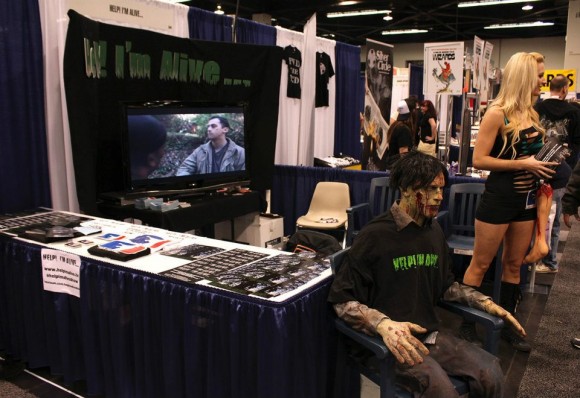 We’ll be back next year to cover WonderCon again, and look for our coverage of Comic-Con in July!