You might not think that the public discourse on the Trayvon Martin shooting would have much impact on Hollywood, but there has been an unexpected result. 20th Century Fox has had to change their marketing for their upcoming sci-fi comedy Neighborhood Watch. Get the details after the jump.

Just over a month ago, black teenager Trayvon was walking home from a convenience store in Florida when white latino George Zimmerman, head of his neighborhood watch, followed and eventually shot him after a struggle. There has been a lot of national discussion pertaining to the details of the events, especially the fact that Zimmerman was not (and still has not) been arrested. Questionable Florida laws, possible racism, and more have been at the forefront of the discussion.

With the concept of neighborhood watch being so closely connected to Zimmerman at the moment, 20th Century Fox has pulled their poster and teaser from Florida theaters. While some may think this may be overkill on face value, it’s important to note that the promotional image for the film is of an altered neighborhood watch sign full of dents from bullet impacts. Also, this kind of change isn’t all that unique, as THR reports.

It’s not the first time a Hollywood studio has had to alter a marketing campaign or a release date because of real-life events. After the Japan earthquake last year, Warner Bros. pulled Hereafter — which re-creates the 2004 Indian Ocean tsunami disaster — from theaters in Japan. In 2003, the release of Fox’s sniper pic Phone Booth was delayed after the Beltway sniper case. 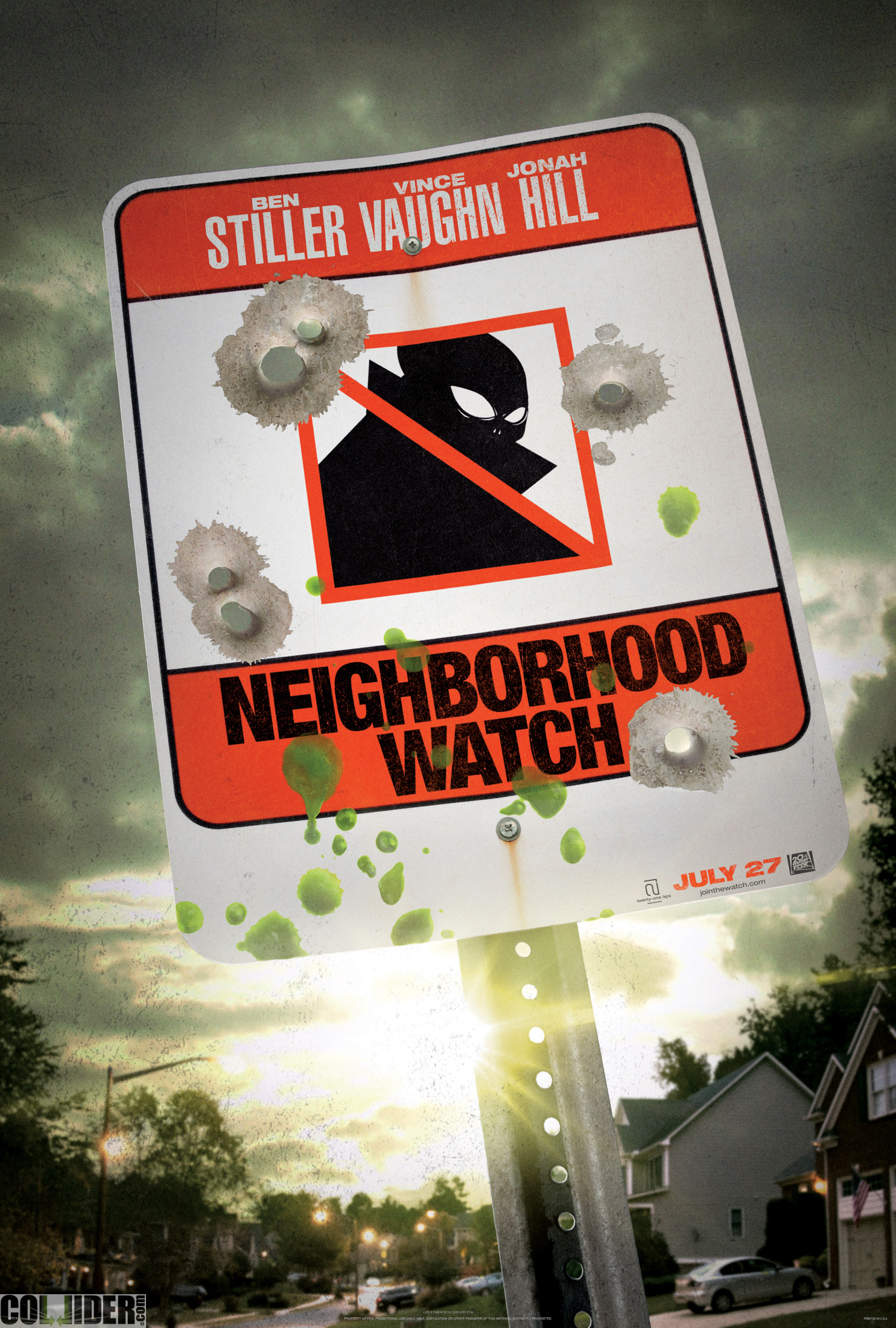 Fortunately, the film’s sci-fi plot involving aliens coupled with its late July release (4 months away) should save it from being delayed, altered, or performing poorly at the box office. The studio is moving forward with their next phase of marketing, which emphasizes the comedy aspect of the film along with its stars, which include Vince Vaughn, Ben Stiller, and Jonah Hill.

What do you think? Will the Trayvon Martin case hurt the marketing or box office performance for Neighborhood Watch? Let us know in the comments below.