When an unexpected enemy emerges that threatens global safety and security, Nick Fury, Director of the international peacekeeping agency known as S.H.I.E.L.D., finds himself in need of a team to pull the world back from the brink of disaster. Spanning the globe, a daring recruitment effort begins. The only question is, will the Avengers Initiative succeed or crash and burn?

Editor’s Note: We don’t always get to review a big movie like Marvel’s The Avengers, but when we do, we review it twice.

This was the worst piece of sh*t I’ve ever seen! The writing was awful! None of the actors knew what they were doing, as if they’ve never played these characters before in their lives!

That’s what I would’ve said if the movie were actually horrible. The truth is, this film is beyond amazing. I have to say that from all of the rumors I had no willpower to stop myself from reading and the official clips released by Marvel, you’d think the experience was ruined. I even had a very big moment ruined by a big-mouth on Twitter (who I have since forgiven). If you think Marvel has released too much from this movie, you are kidding yourself. There is so much in here that every second is surprising!

To really appreciate this movie, you need to see the previous Marvel Studios films (Iron Man, The Incredible Hulk, Iron Man 2, Thor and Captain America). There are little things brought to this film from each of the stand alone movies that would have someone who hasn’t seen those scratching their heads. Of course, you don’t have to have seen those films to enjoy this one though.

Not being a fan of Joss Whedon when it was announced that he would be directing the movie, I got worried because I hadn’t seen any of his previous work. But then I watched some of his other projects like Firefly and Dr. Horrible’s Sing-Along Blog and I was convinced that he was the man for the job. His writing and direction are just incredible. He has taken these characters and he’s woven them together in such a way that no one out does the other. It was important that each character got their fair share of screen time and Joss did that expertly. The dialogue is intense, brilliant and hilarious at the same time! One of my favorite scenes is Loki’s arrival and there’s this excellent exchange between him and Nick Fury. 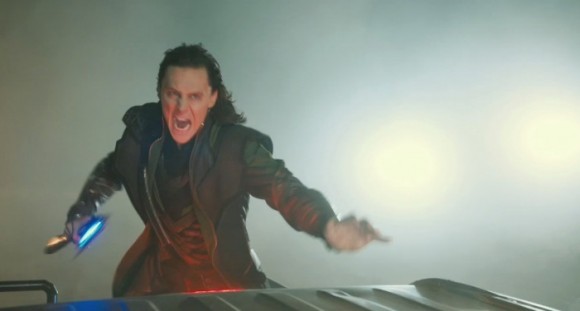 Speaking of Loki, Tom Hiddleston is absolutely sinister this time around. If you thought you saw him at his worst in Thor, you haven’t seen anything yet. Loki is not only looking to conquer the Earth, in a quest to become the ruler of a world (since the throne was “stolen” from him back in Asgard), but to get the ultimate revenge. His army isn’t very important and in my opinion, the two forces (Loki and his army) combined aren’t the real threat here: it’s the Avengers themselves.

During interviews and featurettes, Joss would say that these characters don’t belong together and I would think to myself that that was the dumbest thing ever. Why don’t they belong together? They all exist in the same universe and stuff. But seeing their interaction on screen, I finally understood why they aren’t meant to be together. The egos are so huge that even the Helicarrier can’t contain them. 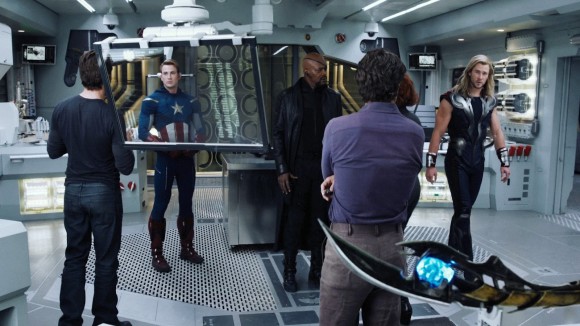 The relationships here are very interesting and a bit intricate, especially the one between Tony Stark and Steve Rogers (which Dan talked a bit about in his review). The most interesting of them all is Hawkeye and Black Widow’s shared history. We know almost nothing about them, their pasts are shrouded in mystery. We get a little taste in The Avengers and hopefully that gets people wanting to see a movie about those two so we can get the full picture.

I’m sure you’re all dying to know about Mark Ruffalo as Dr. Bruce Banner. No? You want to know about how he played “The Other Guy”? Ruffalo’s Hulk is actually terrifying, I kid you not. This was the first time that the actor that played the Doctor got to (truly) play the Hulk as well. Using motion-capture technology, Mark Ruffalo was actually IN the Hulk’s body. Where as Edward Norton only used mo-cap to provide the Hulk with facial expression and other slight body movements. 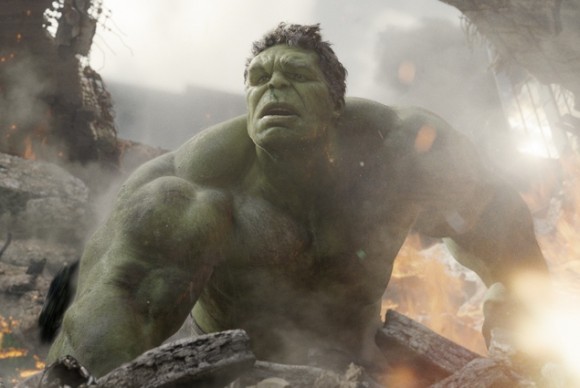 In the past I’ve said to avoid movies released in IMAX that were not shot with IMAX cameras. I’ve also said to avoid movies not shot in 3D. I take it back, just this once. I was completely blown away by the quality of the 3D conversion as well as the IMAX remaster. I’ve seen 3D films where there is just depth added and nothing else. This is the first time where I’ve noticed things come out of the screen AND something go IN. Amazing 3D on this. And if you can, see this in IMAX 3D!

All in all, this is the best Marvel Studios film ever. I know a lot of people have been saying this, but I actually left the theater shaking. I don’t think it can be helped when your adrenaline is pumping, full throttle for over two hours. And make sure you stay through the credits. I can’t believe the number of people I saw leave the theater once the credits began. Of course my attempt to yell over Alan Silvestri’s theme for The Avengers booming over the IMAX speaker system was futile. There is not one, but two post-credits scenes, just for the U.S. release! So if you were complaining about Europe getting the movie on April 26th, just think of it as Marvel rewarding you for your patience.