The “Amazing Spider-Man” Viral Continues With Wrestling Poster and Website

Earlier today, we told you about the updates to The Amazing Spider-Man viral campaign involving the Parker’s POV website. However, there is even more viral news today, this time coming from the Webbed Menace website. Get the details after the break.

WebbedMenace.com is a website where you can submit your “sightings” of Spider-Man, with the goal of helping the police catch the vigilante. All you are really doing is taking pictures of someone in a Spider-Man costume and uploading to the site, but there apparently is now a prize for participating. Those who submitted their sightings are getting two posters in the mail. The first is Wanted poster featured on the site and given away at WonderCon. The second is a poster for a wrestling match, and has a Lucha Libre mask that looks a lot like Spider-Man. 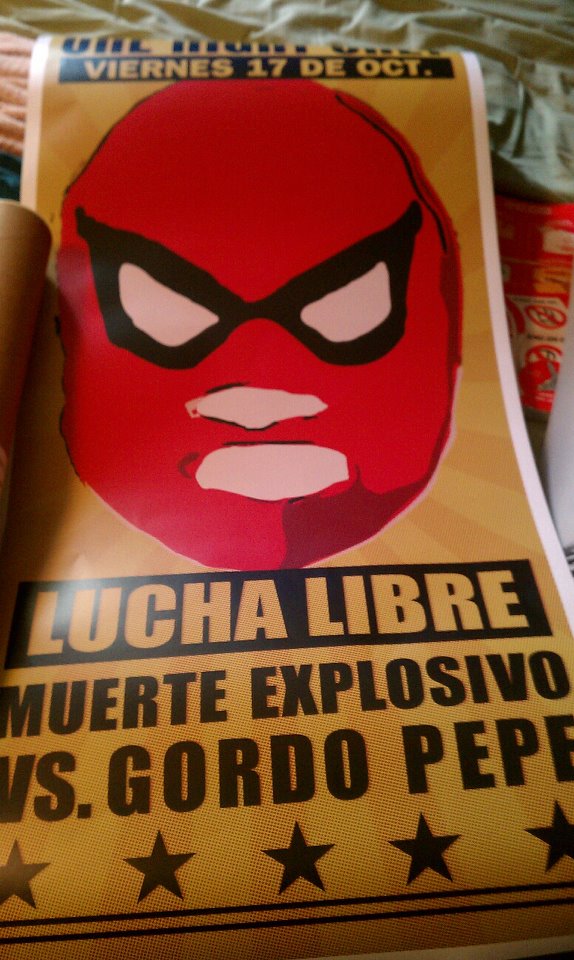 The poster is advertising a specific Lucha Libre match on October 17th of last year, and while you can’t see it in the above picture, it mentions Jerera’s Boxing Gym as the location. That leads us to the website for the gym, which mentions the bout in their news section. Also of note in the news section is the fact that the last update mentions that the gym is closed because of roof damage from the weather.

This update is significant, because in the most versions of Spider-Man’s origin, Parker uses his new powers to make money in wrestling until his Uncle Ben’s death inspires him become a hero. Director Marc Webb has suggested he might change this in the new film, but this brings up doubts about that. This part of the story might only be told through the viral campaign, so we’ll have to see if anything comes of this new website.

The Amazing Spider-Man opens in 3D on July 3rd, and as always, keep up with the viral campaign with our Spider-Man Viral Hub.