Here’s something a little different done by 20th Century Fox for the international release of Ridley Scott’s Prometheus. Our friend Anton Volkov has tipped us off to an abandoned metro station in Paris that has been transformed to look like the mysterious cave we’ve seen in the film’s trailers. Get the details after the break.

If you are traveling on Metro line 9, you can see the transformed The Saint-Martin station, closed since 1939. It’s made to look like the cave that the crew of the Prometheus find, and it includes the large stone head featured prominently in the film’s advertising, as well as the pods that mimic the eggs from the Alien series (Prometheus is an unofficial prequel to the series). The location is even pinpointed on the Metro’s maps. Below are some photos (click for full size) and a video I found that includes a pretty odd ending. 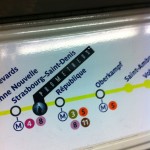 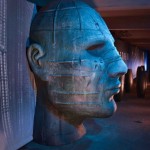 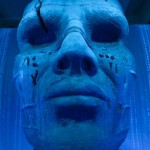 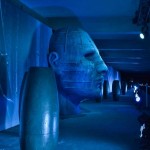 Check out our Prometheus Hub for coverage of the film’s viral campaign, and be sure to see the film when it opens in theaters on June 8th.