Book Review: “The True Adventures of the World’s Greatest Stuntman”

Vic Armstrong may be the coolest man you’ve never heard about. He’s one of the most prolific stuntmen in the history of Hollywood and has portrayed most of your favorite heroes. Tomorrow, an updated paperback version of his autobiography The True Adventures of the World’s Greatest Stuntman: My Life as Indiana Jones, James Bond, Superman and Other Movie Heroes goes on sale, so read our review after the break.

At 384 pages, you can imagine that The True Adventures of the World’s Greatest Stuntman quite the detailed account of Vic Armstrong’s life and career. We learn about his upbringing, in which he traveled the world around horses since his father was a farrier. His path to becoming a stuntman was not easy, and it took a lot of courage. Fortunately, that perseverance paid off. Vic has been the stunt double for countless stars, and has portrayed (as the book’s title suggests) the likes of Indiana Jones, James Bond, Superman, and more in their most daring feats. Eventually, Vic became a renowned second unit director as well, and has most recently worked on Thor and The Amazing Spider-Man. 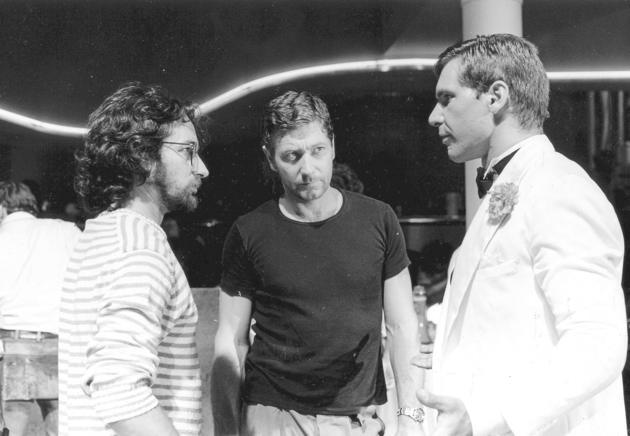 Vic chronologically tells his story, veering off at times when the situation suits. Unfortunately, he doesn’t give many dates or other references, so you might want to have the Internet (especially IMDB) handy. However, his story is so fascinating, you might not even care. There’s great behind-the-scenes stories, including how certain actors really are, how dangerous stunt work used to be, and even tales of him partying with Mick Jagger and hanging out with Frank Sinatra.

Vic was also a trailblazer, inventing new stunt equipment, being one of the first to use his stunt work stills like actors use head shots, and even developing his own stunt company. The book also has passages from famous actors and directors giving Vic mad props on his work ethic, character, and more.

It may be a little to in-depth for the casual reader, but if you want to learn about Hollywood and the British film industry from the 60s to now, this is a great and unusual angle to get it from.

The True Adventures of the World's Greatest StuntmanVic Armstrong