“Total Recall” Viral Posters Seen On The Streets Of Hollywood

There is no doubt that we will possess the technology to make your fantasies into reality, but for know, we must live that thought vicariously through the characters in Len Wiseman’s upcoming film, Total Recall. Now Sony has added a viral element to the film in hopes that it can generate some interest in it. Its a great way to generate some buzz for the movie since it has died down since the release of the first amazing trailer. Hit the jump to see what its all about.

Superherohype came across these posters (seen below) in Hollywood. While they seem new, all it really does is promote the Rekall website that was launched a couple of weeks back. As we reported earlier, the website asks for you to input your phone number into a system so that you can receive information about a vacation package. So while nothing has changed, these new posters seem to indicate that something is coming soon. We just don’t know what it is yet. 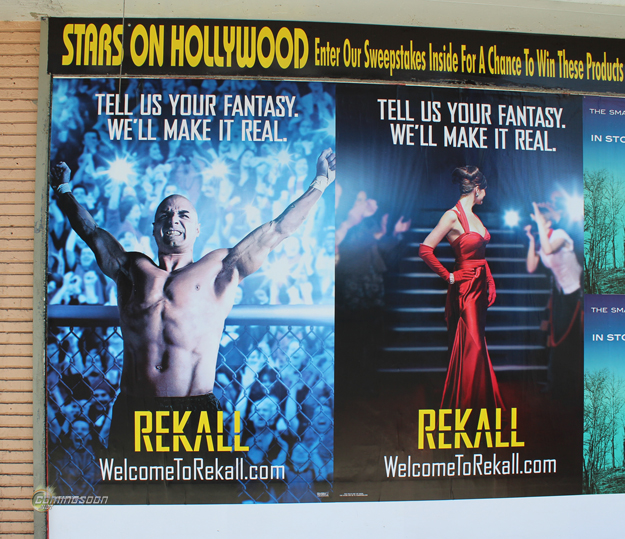 Be sure to keep up with MovieViral.com for all the updates on your favorite Movie Viral Campaign.