Though the viral campaign for The Dark Knight Rises may not be as elaborate or exciting as its predecessor, but it’s still a great tool to use to drive interest for the film. Now with the film just a little over a month away from release, the viral campaign is intensifying. New issues of the Gotham Observer have been hitting the web, and they putting some of the newer characters front and center. Check it out after the jump.

As you can see in the images below, Pepsi is sponsoring this portion of the viral campaign for The Dark Knight Rises. Other than that, it features some of the same basic concepts that was seen in The Dark Knight viral that ran a few years back.

While there are numerous stories that run through this edition, there are only a few that you have to pay close attention too. The frontpage news is one that you should really be focusing on. The Harvey Dent story is following up on the events of the previous film, and there was an image of him being shown by Bane in promotional photos, so his name could come up again. We also have a story about a string of burglaries, this could possibly relate to Catwoman.

If you flip past a few pages you will see an ad company for Rykin Data. Now to my knowledge, the company isn’t a part of Batman canon, but if you hit a link you will see that the site is under construction. There is also a patent that allows to wipe out your digital footprint. Again this could be linked to Catwoman.

Other than that, the stories don’t have any significance. We will keep you updated on any developing news concerning the Gotham Observer and Rykin Data should they appear. 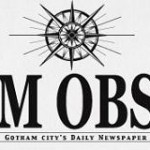 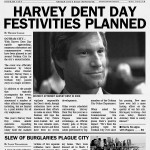 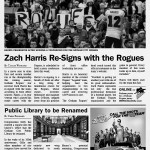 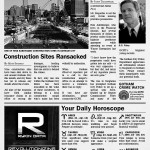 The Dark Knight Rises opens on July 20th. Thanks to @VEGASRYAN for the heads up on Rykin.