Here at MovieViral we are usually writing about viral campaigns for big budget films that are run by studios or outsourced to firms like 42 Entertainment. Well, when you make and independent film, your budget is usually very small, so there isn’t a lot of money to market your film with an extensive viral campaign. However, with social media, an indie viral campaign can be run on networks like Tumblr for little or no money. That’s what director Jake Schreier is doing for his new film, Robot & Frank.

Robot & Frank is a film about a retired jewel thief (played by Frank Langella) who is losing his memory. His two children (played by Liv Tyler and James Marsden) are having a hard time taking care of him, so they buy their dad a humanoid robot. That’s what Jake Schreier designed his campaign around, the elderly and the robot. Using Tumblr, Schreier uploaded simple magazine/brochure ads, showing the different ways the VGC-60L can be of help. There isn’t much else to the viral, which is just fine, it gets the point across without too many bells and whistles (for example, VGC-60L.com just redirects to the film’s official site). Schreier had his friend Justin Ouellette, who designed the many user interfaces seen in the movie, build a flashy custom theme for the Tumblr based on his own popular theme. In an interview with Wired magazine, Schreier said:

“Part of the thing that triggered it is that people came out of the movie like, ‘I want one!’ If people are feeling it that strongly, then an ad campaign to basically sell just that one idea to them might be a good thing to tap into. And for anyone who thinks that’s creepy, then that’s also good, because that’s also something that catches you about the campaign and that’s something that the movie deals with.” 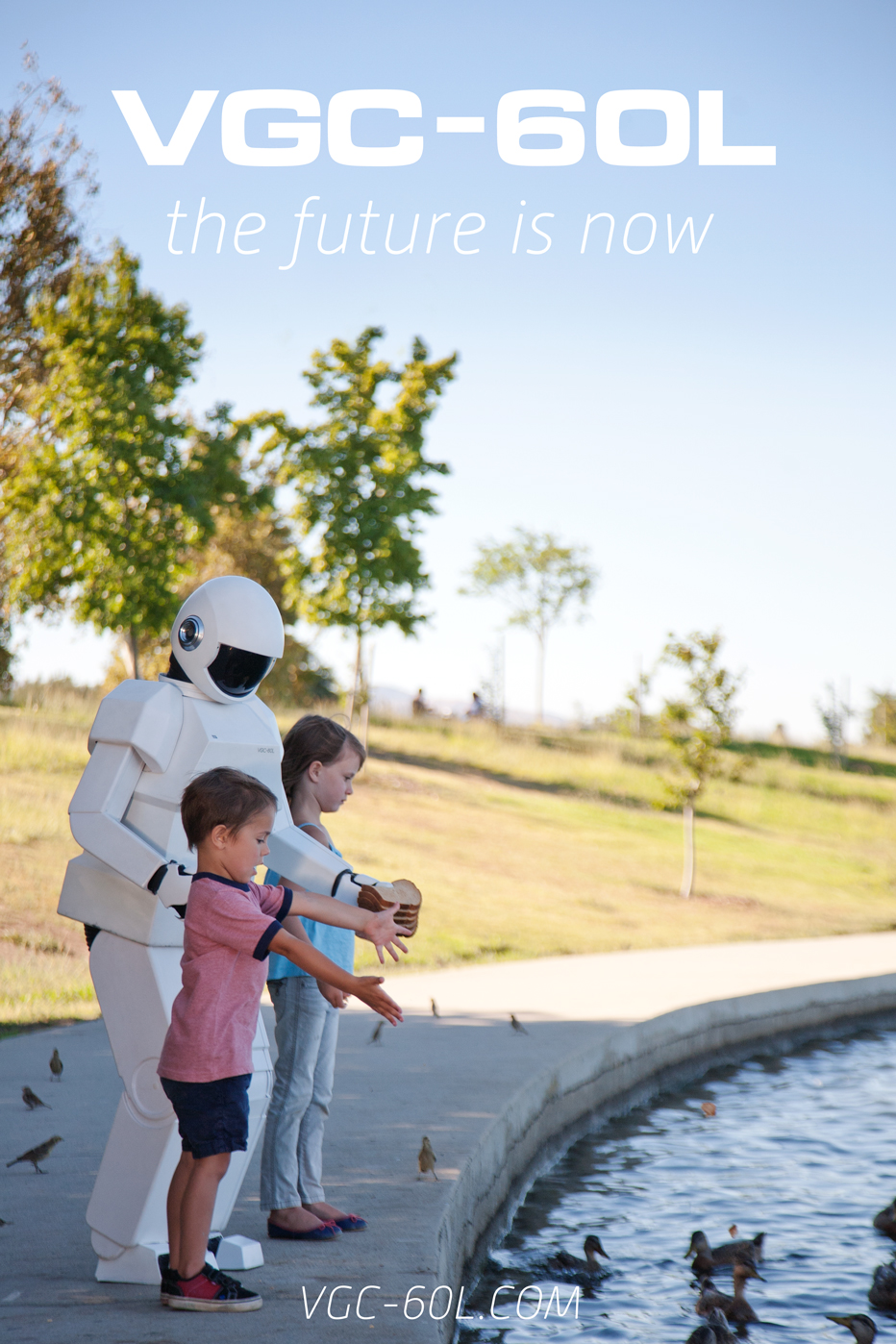 Schreier hopes that this campaign will get people thinking about robotic helpers and if they’d feel comfortable actually having one in their homes. However, this campaign isn’t as creepy as the reveal of David 8 during the Prometheus viral, partly because the VGC-60L isn’t totally an android with human features. But still, the idea of a robot taking care of our family can be off-putting to some. Check out more ads over on the Robot & Frank Tumblr. And check often as more ads will be uploaded as the film’s release draws closer.

Robot & Frank is out in select cities August 24th!