The New York International Latino Film Festival, presented by HBO, starts on August 13th, and to promote the event, they have created an interactive “Movie Recipe” where you can create an infographic of various generic action movies. We have a few other versions as well from another website, so check them all out after the break.

First, here’s the Action Movie Recipe that I created, which has buddy cops saving the day from zombies and becoming celebrities. 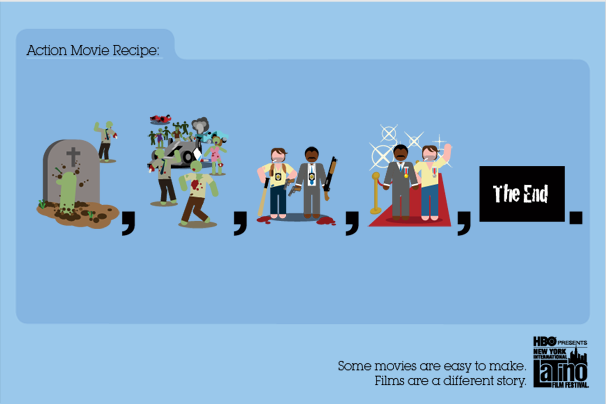 Jest created a few of their own with different genres.

This whole “movie recipe” concept is to promote the film festival’s tagline “Some movies are easy to make. Films are a different story.” Thanks to First Showing for the heads up.