Universal’s Snow White and the Huntsman comes out on DVD and Blu-ray on September 11th, and there are a plethora of promotions leading up to the release. Check out the press release after the break for details.

Approximately 165 bars and restaurants in seven cities will transform their restroom mirrors to offer personal photo opportunities for patrons to emulate either Queen Ravenna or The Huntsman via specially designed window clings of the characters. Just position yourself within the image and snap a photo to upload to Facebook, Twitter or Instagram and share with friends and fans. Look for the “Queens” or “Huntsman” restroom door signs at locations in Atlanta, Boston, Philly, Chicago, NYC, Los Angeles and San Fran from Sept 5 – 12.

Thirteen participating Kelly’s Coffee & Fudge shops in the SoCal area will feature specially-created ‘Snow White & the Huntsman’ candied apples along with complimentary promotional items from Sept 7 through October 7. And don’t forget, an exclusive game code to play the online game “Conquer the Kingdom” is contained on signature coffee cup sleeves while supplies last. Look for store posters and tags for more information about the game and a chance to win daily prizes and qualify to win a grand prize free trip to Ireland.

Launched online Aug. 29 the Conquer the Kingdom game allows fans to uncover “spell codes” by participating in various Snow White & the Huntsman activities, both online and offline. Fans submit their “spell codes” to the Mirror (for a chance to win prizes throughout the promotion, accumulating multiple entries for the chance to win the Grand Prize.

The Conquer the Kingdom website is the main hub for activation. It will feature four challenges, each with a unique environment based on locations in the film. By playing the various challenges, consumers earn “spell codes” to submit to the Mirror. The website will also feature videos to watch to as an incentive to earn additional “spell codes”. 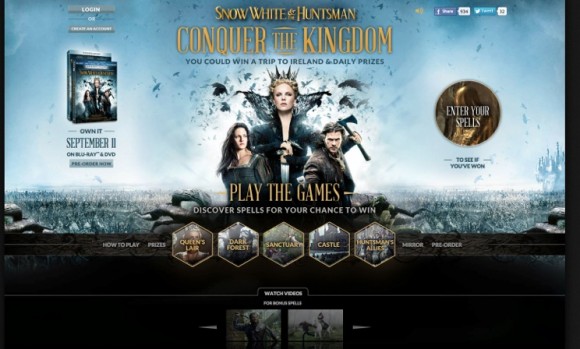 Over 125 comic book stores around the country are distributing over 120,000 colorful limited edition “Snow White & the Huntsman” bags and promo items from Sept 6 – Oct 6 and offering exclusive game codes to visitors to play “Conquer the Kingdom” for a chance to win daily prizes and qualify for the grand prize trip to Ireland.

Over fourteen Simon Malls locations are hosting Gameplay, the interactive gaming tour that connects fans of all ages to the hottest video games before they are officially launched and available in stores. From Aug 7 – Oct 3, visitors can get an advance look at the upcoming Blu-ray/DVD release of “Snow White & the Huntsman” and play the popular online games created for the release. In addition as an exclusive for the malls, an exclusive game code will be given to participants to play the new online game “Conquer the Kingdom” to win daily prizes and qualify to win a grand prize free trip to Ireland. The list of locations/dates is included below: 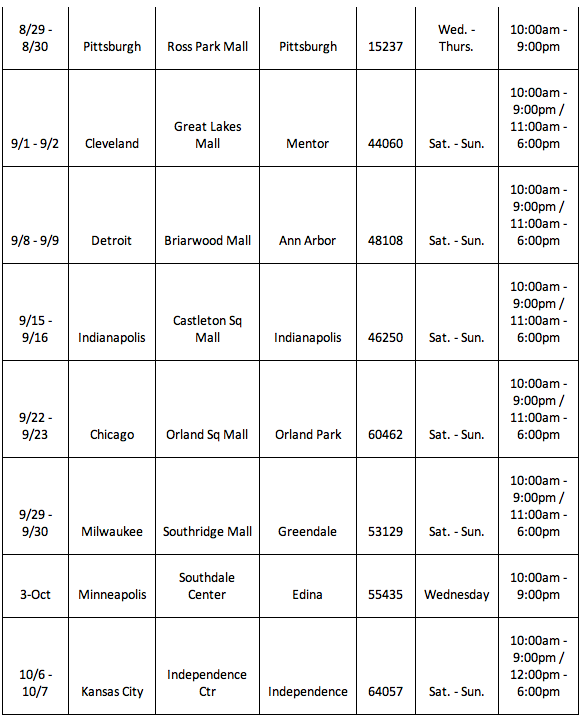 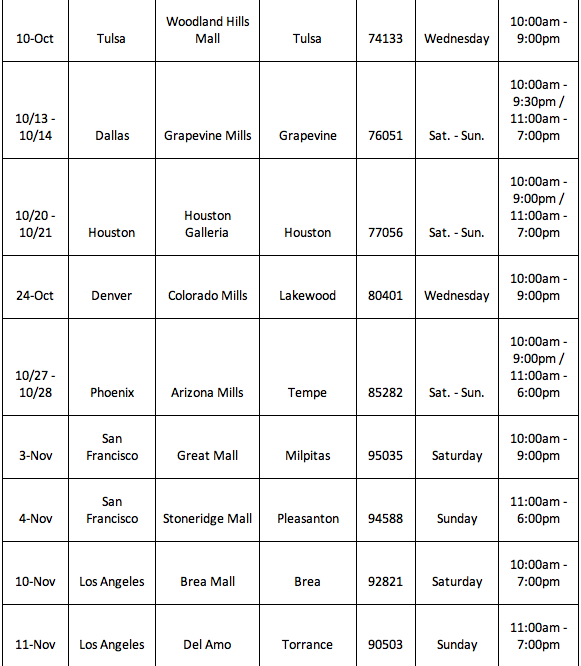