There is a good chance that you’re going to buy Marvel’s The Avengers in some format, whether it’s Blu-ray or DVD, when it is released tomorrow, or at least in the very near future. While finally owning what many believe is one of, if not the best superhero movie ever, is a treat in itself, it appears you’ll also have the opportunity to use that purchase to receive some free content thanks to a new website for the movie. Posters and digital comics anyone? Hit the jump to find out how.

Within the case of your physical copy of The Avengers will be a special code that, upon entering at avengersofferassemble.com, will entitle you a free download of the Avengers Assemble #1 comic and an 18×24 ensemble poster for the film designed by Matt Ferguson, whose art was previously seen adorning the disc covers in The Avengers: Phase One box set. In addition, for $19.99, you can receive three additional posters, which include two more by Ferguson (including my favorite: “Puny God”), and one by artist Mark Bagley, which is based on the cover for Avengers Assemble #1. Our friends at /Film had the exclusive reveal of the posters, so head over there or check out the posters below. 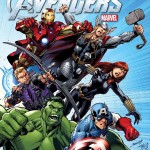 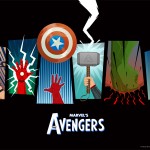 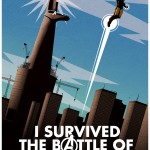 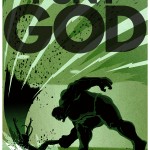 We know very well that one of the best ways to generate viral awareness about a product or property is to offer audiences free and exclusive content. In this case, it’s a tangible poster, and the Marvel film fan base is such a devoted niche that I expect this offer to be taken advantage of in a big way, and create some buzz online beyond what will already be an Avengers-filled Tuesday.

Will you be buying The Avengers tomorrow and taking advantage of this poster offer? Let us know in the comments section below.