Trailers Weekly is a feature in which we bring you the most popular and talked about trailers of the week. Sharing trailers is a classic viral practice, and trailers are still the most mainstream way for people to learn about movies. This week provided us with so many trailers, so of course we will post our favorite ones this week, which includes Movie 43, The Lone Ranger, Stoker, The Guilt Trip, A Good Day To Die Hard, and Lincoln. Hit the jump to check them all out.

Movie 43
A strange title for a very strange movie, which involves racial overtones, HPV levels, defecation, misuse of nude toys, superheroes, and making fun of pubes. The film is a compliation of skits and shorts directed by James Gunn, Elizabeth Banks, Brett Ranter, and many more. The film stars Emma Stone, Jason Sudeikis, Halle Barry, Richard Gere, Chloe Moretz, and many, many, many, more. Movie 43 opens in theaters on January 25, 2013.


The Lone Ranger
Even after all the rewrites to the initial script, Gore Verbinski‘s The Lone Ranger still managed to find a way to have a budget of $250+ million. Quite a large number for a western film. Armie Hammer may play the titular character, but the film centers on Johnny Depp‘s Tonto. Think of it as a westernized Sancho Panaza story. The Lone Ranger opens in theaters on July 3rd, 2013.

The Guilt Trip
Seth Rogen is toning down that raunchy foul-mouthed humor and turning over a new leaf in this heartwarming comedy about a son bonding with his mother. That mother is play by Barbra Streisand. The film may have a cookie cut premise, but overall it is a light and humorous take about a mother and her son. The film opens in theaters on December 25th, 2012.


Lincoln
This is as close to a second trailer to the film as we are going to get. This preview debuted moments after the first Presidential debate ended. For those first few seconds we see the inspiration and strength of America. That is followed by some powerful scenes and new footage for Lincoln. Daniel Day-Lewis plays as the 16th President. The film focuses on the last few months of Lincoln’s life as he struggles to end slavery and bring a peaceful halt to the Civil War. 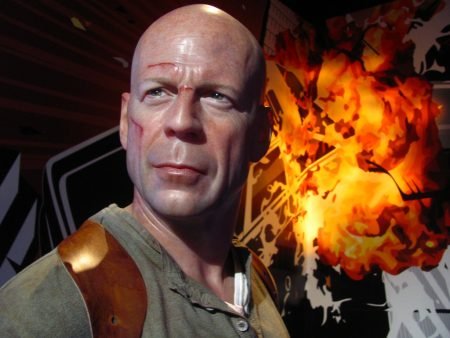