With the announcement last week of Disney buying Lucasfilm, we’ve gotten a slew of news this week on the upcoming Star Wars VII. The director’s chair was like a game of hot potato, as we heard rumors that Colin Trevorrow, Matthew Vaughn, and others were up for the gig. Also, Steven Spielberg, Zack Snyder, and Quentin Tarantino all publicly stated they wouldn’t want to direct the film. We also found out that Mark Hamill, Carrie Fisher, and Harrison Ford are open to returning as their icon characters. The only solid piece of news to come out of this rumored-filled week was that Michael Arndt will be writing the screenplay for the film. Arndt has a thin, yet impressive writing résumé, including Little Miss Sunshine (for which he won an Oscar), Toy Story 3, and the upcoming The Hunger Games: Catching Fire. Arndt’s ties to Disney surely helped him get the gig as well. As a side note, this Lucasfilm deal benefits Disney much more than most people realize. For instance, the studio could save up to $20 million per year by having ILM in-house. 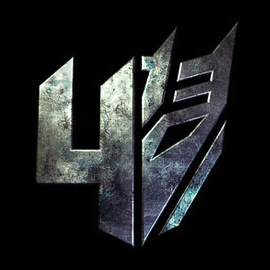 You read that right. Director Michael Bay announced this week that Mark Wahlberg will be starring in the next Transformers film. It appears that the Internet may have had a role in this. Earlier in the week, there were rumors that Bay had chosen Wahlberg (who is working with Bay on a different project right now) to star in the sequel, but Bay quickly denied it. So, either he had a change of heart and listened to the Internet, or he was lying to begin with (which has has been known to do). The film also got a new logo, which you can see to the right. The film opens in June 27th, 2014. What do you think about having Wahlberg head up the rebooted human cast?

3) No Latecomers for Alamo Drafthouse Theaters 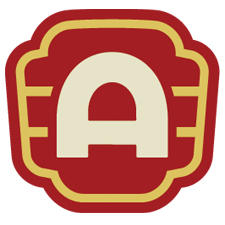 The Alamo Drafthouse is a small theater chain founded in Austin, TX that is beloved by cinephiles. They truly care about the moviegoing experience, and as such have strict behavior rules. Their latest attempt to improve the theater experience has gotten some attention this week. They are implementing a new policy where if you are late to a movie, you will not be let into the theater. I personally can’t stand it when people arrive late, stand in the front and talk to each other while they look for a seat. Then they make their way in front of you as they try to adjust to the darkness. So, I am in favor of the decision. The Drafthouse will refund your ticket or change it to a later time if you are late. However, not everyone is keen on the strong policy, and there is some question as to how it will be enforced (how will the staff know the difference between someone arriving late and someone coming back from the bathroom). Let us know what you think about the No Late Entry policy in our comments section.