Trailers Weekly: “Beautiful Creatures”, “The ABC’s Of Death”, “The Canyons”, “The Heat”, “Now You See Me”, And More

Trailers Weekly is a feature in which we bring you the most popular and talked about trailers of the week. Sharing trailers is a classic viral practice, and trailers are still the most mainstream way for people to learn about movies. This week provided us with some very exciting trailers. This week the trailers for Beautiful Creatures, ABC’s Of Death, The Canyons, The Heat, Oz: The Great And Powerful and Now You See Me. Hit the jump for more..

Beautiful Creatures
The one thing I am interested about in this film is how it managed to get actors like Jeremy Irons, Viola Davis, Emma Thompson, and Emmy Rossum, signed up for a supernatural roamancer like this. Plus I am interested how the genre will hold up with its fans especially since one of the biggest franchises is coming to a close. Alden Ehrenreich and Alice Englert star as the leads in a film about love, witchcraft, destiny, and linage. Written and directed by Richard LaGravenese, Beautiful Creatures hits theaters on February 13, 2013.


The ABC’s Of Death
There isn’t just one way to die, in fact there are many ways to die. So many ways that it had to be alphabetized, and Jason Eisener (Hobo with a Shotgun), Xavier Gens (Frontiers), Ti West (House of the Devil), and more have directed a montage or rather letters of every insane way to die. So yes, that means 26 different directors, 26 different visions, directing 26 different letters of how to die. So when school gets out be sure to watch The ABC’s of Death when opens in theaters on March 8, 2013.


The Heat
Sandra Bullock may be playing another uptight high class FBI agent, but it’s for a different film. This time Bridesmaid’s Paul Feig in a film where Bullock’s character is partnered up with a crazy rookie (Melissa McBride). The two look like they have fantastic chemistry. The film opens in theaters on April 5th, 2013.


Oz: The Great and Powerful
This is the second trailer for Sam Raimi’s film which is a prequel to The Wizard of Oz. In the film James Franco plays Oscar Diggs, a side show magician whisked, away by a freak storm, to the land of Oz. There three witches (Mila Kunis, Michelle Williams, Rachel Weisz) need his help to defeat the wicked witch. Oz: The Great and Powerful opens in theaters on March 3, 2013.


Now You See Me
The new Louis Leterrier (Clash of the Titans) film takes us into the high-stakes world of magical heists. I am not kidding, heists performed by magic acts, real live magic acts done in front of an audience. As crazy as that sounds that might be the film’s biggest draw. It certainly looks like a lot of fun, especially with the chase aspect. The film stars Jesse Eisenberg, Woody Harrelson, Mark Ruffalo, Isla Fisher, Dave Franco, Michael Caine, and Morgan Freeman. That’s a lot of star power. The film opens in theaters on June 7, 2013.

Trailers Weekly: “Oldboy”, “The Canyons”, “Saving Mr. Banks”, “Out of the Furnace” 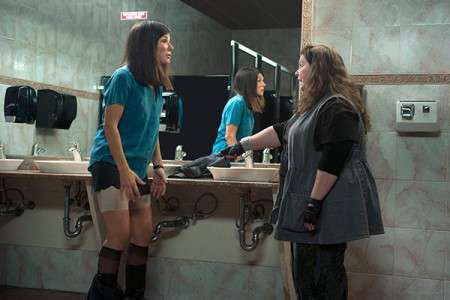 Trailers Weekly: “Oldboy”, “The Canyons”, “Saving Mr. Banks”, “Out of the Furnace”