We’ve posted a trailer for Park Chan-wook English language debut Stoker earlier this year. There were subtle hints of Alfred Hitchcock and Brian Del Palma woven into the fabric of this psychological thriller. Now a new interactive site welcomes you into the world of the movie. Hit the jump to read Letters To India, India (Mia Wasikowska) being the main protagonist or antagonist depending on your point of view.

In the film India must endure the torment of her cold and distant stepmother, Evelyn (Nicole Kidman) after losing her patriarchal father to a fatal auto accident. Her Uncle Charlie (Matthew Goode), whom she never knew existed, comes into their home to live with them and help them in their time of need. However, dear uncle has sinister intentions and may not be into swooning Evelyn but instead the much younger India.

So now that you know the premise of the film, the site letterstoindia, takes a look at the relationship of the Stoker family. Rather than have the letters be read as if they were just sitting on a desk, the site has you scroll down and you’ll notice that letters are falling. It’s actually a cool way to present the letters to the viewer. Some letters will contain quotes from the trailer, while others will contain footage. You can also share some of the letters to your friends. There is a “coming soon” tag towards the send of the site, which gives us something to look forward to in the weeks leading up to the film’s release. 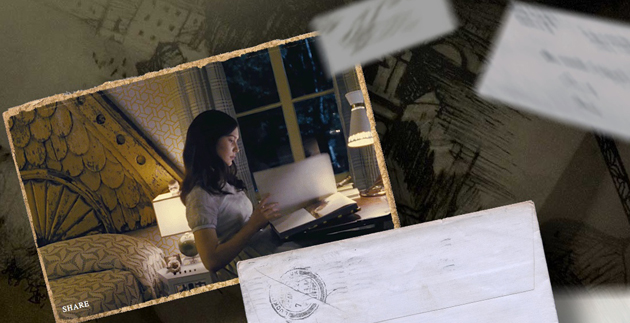