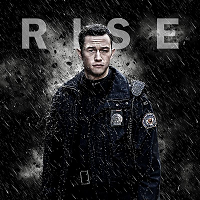 Warner Bros. is still in the infancy stage of developing their Justice League movie, but this week we got a few tidbits for the fans to sink their teeth into. The big question has been whether any of the previous and in-development DC Comics movies would tie into the superhero team-up film, or if it would be a stand-alone project. Man of Steel director Zack Snyder recently hinted to the New York Post that his Superman film would be the kick-off for a Justice League continuity that would be similar to The Avengers. Playing into that idea is the big rumor this week that Joseph Gordon-Levitt would reprise his role from The Dark Knight Rises and actually become the new Batman for the Justice League movie. The actor’s reps shot down the rumor, but we’ve seen deception on these big projects before. Would you like to see Levitt take on the cowl in the team-up film (and thus make the Dark Knight Trilogy fit into Justice League continuity), or should it just be a new Bruce Wayne?

2) “Star Trek Into Darkness” Gets a Synopsis 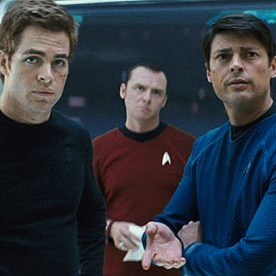 Paramount’s secretive Star Trek Into Darkness finally got an official synopsis this week, and while it doesn’t give too many details, it does support one theory about the villain: “In Summer 2013, pioneering director J.J. Abrams will deliver an explosive action thriller that takes ‘Star Trek Into Darkness.’ When the crew of the Enterprise is called back home, they find an unstoppable force of terror from within their own organization has detonated the fleet and everything it stands for, leaving our world in a state of crisis. With a personal score to settle, Captain Kirk leads a manhunt to a war-zone world to capture a one man weapon of mass destruction. As our heroes are propelled into an epic chess game of life and death, love will be challenged, friendships will be torn apart, and sacrifices must be made for the only family Kirk has left: his crew.” This sounds exactly like the story of Gary Mitchell, who (along with Khan) has been rumored to be the villain in the sequel for a few years now. However, a good chunk of Mitchell’s story has already been told in an IDW comics last year, which are supposedly canon. So, what do you think? Will the film rehash the comic, or is the main villain (played by Benedict Cumberbatch) someone else?

3) Stars Coming Back For Next X-Men Film 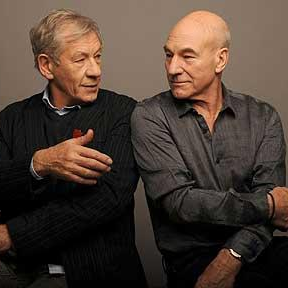 The prequel X-Men: First Class was a critical and financial hit, so the sequel (due out in 2014) has been much anticipated. X-Men: Days of Future Past is expected to based at least loosely on the comic book story line of the same name, which involves time travel and Sentinels. With the different times being shown, it should not be surprising that 20th Century Fox would want some of the cast from the original X-Men trilogy to show up for continuity. Fortunately, that is exactly what is happening. Patrick Stewart and Ian McKellan have signed on to reprise their roles of Professor X and Magneto, respectively. Considering how integral these characters are to the franchise, having both the young and old versions should tie the story together nicely. Later in the week it was also revealed that Hugh Jackman was in negotiations to play Wolverine in Days of Future Past, marking the seventh time he’ll play the character, including next year’s The Wolverine.