“This Is 40” Review: Judd Apatow’s Latest Is Honest & Hilarious, But Can’t Quite Connect

The real world may be a scary place, but Judd Apatow tries to make it more or less scary by writing and directing comedies with relatale stories. This is 40 is Apatow’s latest directorial effort and sort of sequel to his previous hit Knocked Up. While Apatow’s sense of humor is there, This is 40 might have a hard time to connect to the younger audience and acts more like a comedic cautionary tale to those who have yet to approach that age. Hit the jump for the full review.

Part of that reason why the film has a hard time to connect is because Apatow has us believe that we can relate to these characters the first moment we see them. The instant the film starts with Pete and Debbie (played by Paul Rudd and Leslie Mann respectively) struggling through various and unavoidable problems (family, finances, work, and aging) that come with getting older. While these problems and situations do occur in real life, those who may not have watched Knocked Up might not understand who these characters are.

But that isn’t as bad as it sounds, Rudd and Mann have great chemistry and they instantly connect with the audience, but through through comedy. Sure not all families are like this, but the thing that makes it work is Apatow sense of understanding real life situations and giving it a comedic slant. So as the story continues to move forward, Apatow presents more and more difficulties that come with turning forty. Some of these subplots seem like typical family issues that can be easily avoided had they made better decisions, but that is just one of the tiny flaws of the film.

The real problem is that younger audiences will struggle to connect to a story that involves balancing work, family, and marital life. Since so much of the story is about Pete and Debbie, we get a first hand look at their problems and their struggles. However, the audience does get to share a few moments with the supporting cast, who also provide some excellent comedy. Much of that comes from Iris and Maude (Apatow and Mann’s real life daughters). The two sisters are at two very different stages of their lives, but they offer a real world look at what it is like to be sisters or have daughters at that stage of life.

Megan Fox also provides some great humor in the film as do returning stars Jason Segel and Charlyne Yi. The two come back to reprise their Knocked Up roles, which does not really matter if you didn’t watch the first film to begin with as Apatow hardly focused on them in this one.

The relationships that I think many of us can connect with are the relationships shared between the patriarchal figures. Iris and Maude with Pete and Debbie, and Pete has a disconnect with his father (Albert Brooks) because of money, while Debbie has issues with her father (John Lithgow) because he was never really there for her. Those were the best and most hilarious moments in the film and the ones that I found that anyone of any age could connect to.

For those who are wondering where some of the rest of the characters from Knocked Up are, you won’t see them in this film, which is probably a good thing because we’d be focused more on what happened to Ben and Allison in the five years after Knocked Up happened. This is 40 is meant to be Pete and Debbie’s story, so by omitting those characters we could focus on them entirely. Of course, that doesn’t mean that Apatow should have written them off completely. Maybe add them towards the end of the film or in a post scene credit.

In the end, This is 40 is hilarious and will connect to people on certain levels, but on others not so much. 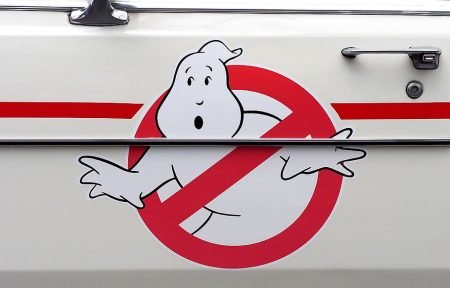