The Buzz: “Oz: The Great and Powerful”, Star Wars, “Prometheus” Sequel, and More!


1) Wicked Poster for “Oz: The Great and Powerful” 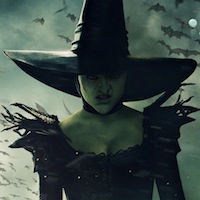 Disney’s Oz: The Great and Powerful dives into the backstory of the classic tale of “The Wizard of Oz”. Specifically, we see how the Wizard, stage magician Oscar Diggs (James Franco), gets to Oz. The film introduces all four witches, including Rachel Weisz as Evanora, the Wicked Witch of the East who later in life gets crushed by Dorothy’s house. This week a new poster for the film debuted online featuring Evanora, and while she does have that classic bad witch look, she’s also kinda hot as the comments have noted. That bit of cleavage helps. Is it a good thing that they are sexing up the Wicked Witch of the East? Let us know what you think in the comments below.

With the Mayan apocalypse on the horizon, Reuters had an article this week connecting a Mayan temple to the Star Wars mythology, because why not? However, it was in this article that they mentioned a major plot point about the upcoming Star Wars Episode VII: “Yavin 4 and the rebel base [filmed at the temple] return to the Star Wars plot in the forthcoming Episode VII, announced in October by the Walt Disney Co, in which Skywalker comes back to the planet to build a Jedi Knight academy. However, fans said that Disney will likely film those scenes in a studio rather than return to Tikal.” Since we have absolutely no information on the new film’s storyline or characters, this is what we like to call burying the lead. Could this be true, or is it just speculation by a reckless author? TheForce.net got in touch with the Reuters reporter, who said it was simply a mistake on his part. 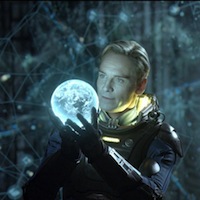 This is a story that made the Internet happy. Damon Lindelof, an executive producer of LOST, did a major rewrite on Jon Spaihts’ original draft of Prometheus, when it was called Alien: Engineers. Lindelof’s version made the connection between this film and the Alien series much more vague, and it also added a much of dumb character moments. I really enjoyed Spaihts’ draft, which you can read here, and I think Lindelof’s additions pretty much ruined the film for me. So, I and others like me were glad to hear from Lindelof himself that he will not be writing the screenplay for the sequel to Prometheus. He mostly blames his busy schedule, but also the fan backlash. Are you excited to see Lindelof off the project, or are you worried about who will take his place now?

– Does This Image Hold The Key To STAR TREK INTO DARKNESS?
– ZERO DARK THIRTY Does Not Endorse Torture
– Jamie Foxx Talks Electro’s Costume in ‘The Amazing Spider-Man 2’