The year 2012 is just about over, and fortunately the world did not end. So, I guess we should take a look back at the stories we covered this year. From the best and worst viral marketing campaigns, to our most shared articles, let’s take a trip down memory lane.

While some may argue that it wasn’t the best of the year (see below), the campaign for 20th Century Fox’s Prometheus made the biggest splash. The film is a prequel to the Alien series, and the campaign centered around Weyland Industries/Weyland Corp., a company that plays a prominent role in the series. It all started in February with a viral video of Weyland Corp. founder Peter Weyland (played by Guy Pearce) doing a Ted Talk in 2023. This video lead us to the Weyland Industries website, which became the hub for the Alternate Reality Game (ARG). From there, we learned about Project Prometheus, which is the central plot of the film itself. The mystery and hype of Prometheus is what truly fueled this campaign, but it didn’t quite have the complexity I would have liked to see. We got to learn a lot about this world, Weyland Corp, and some important plot details, but it didn’t have the fun interactivity that most campaigns of this magnitude usually have. Still, it satisfied most people’s thirst. For our full coverage of the campaign, check out our Prometheus Viral Hub. 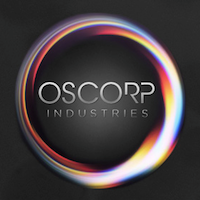 This was the viral campaign that truly did it right. Much more of an ARG than Prometheus, Columbia Pictures’ reboot of Spidey started its campaign in February with Mark of the Spider-Man. The film’s trailer linked to the website of Spider-man supporters, which started off a Twitter scavenger hunt for dead drops around the United States. This then lead to tagging events at major US cities. In March, WonderCon introduced the counter-website Webbed Menace, where people could report sightings of the dangerous vigilante. Both of these threads of the campaign developed over the weeks and month, and other websites were added, including ParkersPOV, as Oscorp Industries. Oscorp became quite the complex interactive experience itself, as you play games to test your aptitude for an internship and learn more about Peter’s father and his work of Dr. Connors. The campaign was extremely complex and interactive, providing plenty of opportunities for fan recognition and prizes, as well as giving an in-depth backstory for the film (even if not all of it was used). Learn more about the campaign at The Amazing Spider-Man Viral Hub. 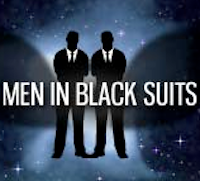 This was the third fully-realized ARG of the year, but the only one that didn’t have much of an impact. This campaign started in November of last year with a teaser poster that lead us to The Men in Black Suits Are Real. The narrative of the campaign had this kid Bugeyes investigating alien activity and the Men in Black. As you help Bugeyes figure out the mystery, you could leave a voicemail if you saw one of the black suits. There was also a suspicious Chinese restaurant, an even more suspicious Tattoo parlor, and even Arianna Huffington got in on the action. Finally, Bugeyes actually joined the Men in Black, and no one cared. It’s hard to pinpoint why very few people followed this campaign. It could be the shameless cross-promotion and product integration, or maybe it’s the lack of hype for the film itself. Either way, when your campaign’s final video gets less than 13,000 views, you can be sure something went wrong. See our Men in Black III Viral Hub for more on this campaign.

This was a campaign that I thought would have some legs since ARG-friendly Columbia Pictures was behind the film. This remake of the Schwarzenegger classic started its viral campaign with a viral website in March for the fictional company Rekall. Rekall provides fictional memories, and they had posters posted around major cities. We next saw the anti-Rekall group No Rekall. This part of the campaign didn’t go anywhere, but the Rekall company site turned into a contest. Overall, there were some nice elements to this campaign, but it could have gone a lot deeper. Unfortunately, the film also lacked depth, so in retrospect we shouldn’t be surprised. See all our coverage at the Total Recall Viral Hub. 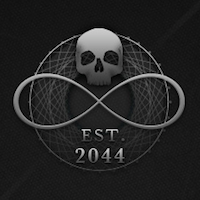 TriStar Pictures’ Looper was one of the few original films this year, with a plot about a mob hitman who kills people from the future and has to team up with his older self to save both their lives. While we got a random viral website in June that went nowhere, the real campaign started in July with The Looper Network. You become part of the network of hitmen, but your target escapes. The missions involved finding clues across various film blogs, but the rewards were simply behind the scenes photos. Unfortunately, this was pretty much all there was to the campaign. A few simple games and behind-the-scenes photos. The Looper universe seemed like it had a lot more to offer, but maybe keeping the film a secret was more important. Click here for more on Looper.

The Devil Inside – Having the film end with a link to a viral website didn’t win many people over. Their viral video for the DVD release was met with a similar chilly response.
Sound of My Voice – This indie film about a cult had some eerie videos and a good presence at WonderCon this year.
The Hunger Games – This started out promising, but it went downhill pretty quickly as Caleb’s review explains.
The Avengers – While Marvel continues to stay away from complex ARGs, we did get a viral website for S.H.I.E.L.D. and a countdown for the Comic-Con screening for the short “Item 47”.
Ted – Along with a game and Facebook App, Ted himself was on social media, making the hilarious and vulgar jokes you hope he would.
The Dark Knight Rises – So, we have to talk about this film. With no 42 Entertainment to deliver a cohesive ARG, Warner Bros. teamed up with a bunch of brands and just spewed out a series of random marketing. Some of it wasn’t bad, but we were all spoiled by the “Why So Serious?” campaign.
The Bourne Legacy – The Operation Intel deaddrop missions were more contests than ARG. Could have done more with the source material.
The Campaign – The Facebook-based campaign was fun and not too complicated, which was perfect for this comedy.
The Expendables 2 – This campaign was all over the place, but each component was fun on its own. The villain’s Tumblr page was probably the best part.
Robot & Frank – This indie flick about a robot helping a retired jewel thief on a new job has Tumblr with some cute ads for the robot.
Branded – The simple viral had a lot to offer in content, though it could have played out the narrative and discovery better.
Resident Evil: Retribution – The viral website has a nice look, but doesn’t offer much to fans.
Dredd – The Dredd Report was a clever way to provide viral content and related stories from the real world, but considering how the film floundered at the box office, they probably should have done an ARG.
Paranormal Activity 4 – We completely missed this viral that crossed multiple social platforms and created a narrative that was more compelling than the film itself.
Seven Psychopaths – This was probably my favorite to campaign to fly under the radar. There were a few classic viral elements surrounding the villain’s missing dog, and it was pretty funny.
Wreck-It Ralph – While Disney seemed to give up on Brave, the marketing for this film saw real versions of each of the featured games, as well as other fun elements.
Skyfall – Another film that is ripe for an in-depth ARG, Skyfall only went as far as one viral website that looked promising, but pretty much went nowhere.
The Hobbit: An Unexpected Journey – While I think fans would go berserk for an ARG based around Middle Earth, we were stuck with contests and New Zealand tourism ads.
Antiviral – This film has only opened in festivals, but its in-depth viral website is intriguing.
Television Shows – The Walking Dead and Breaking Bad both continued to dominate the viral scene on the small screen, thanks in part to AMC’s battle with DISH. While Alcatraz didn’t make a splash in the ratings, it wasn’t for a lack of marketing.

– Strange Noises Heard Around The World Could Have Scientific Explanation
– LeVar Burton Gets Control Of @ReadingRainbow In Record Time
– “Sherlock” Fans Create DIY Guerilla Marketing Campaign “Believe In Sherlock”
– “The Walking Dead Escape: San Diego” To Recreate Apocalypse In Petco Park
– Watch A 25 Minute Fan-Made Super Preview Of “The Amazing Spider-Man”
– You Had One Job, Sony! “Elysium” And “RoboCop” Each Pushed Back Several Months
– Horror Short Stories On Reddit To Become Movie

Everything Else This Year

This year, like each before it, saw an expansion into viral marketing and socia media for films. Almost every film had either a Facebook App, Tumblr page, or some other alternative way to connect with fans. The mobile platforms were also embraced, especially by Disney with their interactive story books for iPad. We also saw some viral marketing that didn’t quite fit the mold. No one still fully understands Neill Blomkamp’s AGM Heartland videos. Intel and Toshiba came back with their web series The Beauty Inside, which they ended a lot better than last year’s Inside. Bryan Singer’s H+ The Digital Series is still going on, but has been losing viewers as it progresses in complexity.

Fans made a big splash this year, and we tried to cover as much of it as possible. There were several fan experiences/camps, including a few involving zombies, werewolves, and even Hellboy. In fact, zombies had a great year. Read all our articles about the undead here.

MovieViral expanded our content this year by adding a few features including YouTube Tuesday and Social Media Monthly. We also brought back ViralCast sporadically for those who want to hear our sweet angelic voices. As I personally have become more addicted to reddit, we have been able to mine some great stories and bits from there, so look forward to more of that next year. Finally, I want to thank 42 Entertainment for including a quote from us on their revamped website.

There were several upcoming films that started their campaigns this year, so we don’t want to jinx anything by talking about them now. See our sidebar for the campaigns we are covering, or click below for a list that includes films that might have a viral campaign.

Thanks for sharing a great 2012 with us. We will continue to look to improve and bring you all the news you care about. Please leave a comment below about your favorite stories of the year, or give us a suggestion for the future! 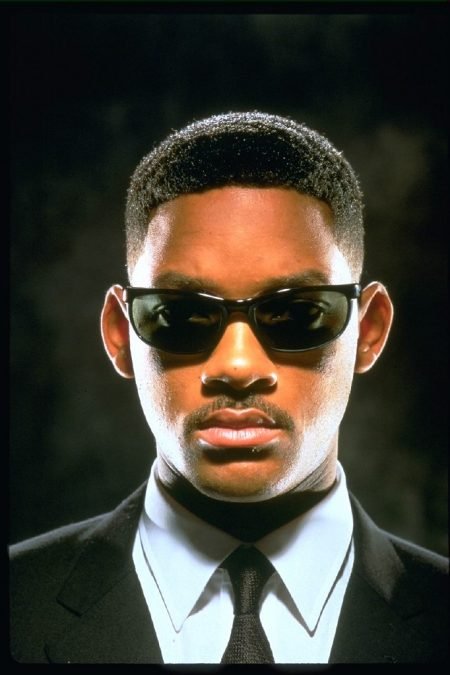