A Neophyte’s Retrospective of The James Bond Film Series

This year marked the 50th anniversary for the James Bond film series. Between Dr. No in 1962 and this November’s Skyfall, there have been twenty-three official movies (and one bastard child). I have never been a big fan of the series, but I really enjoyed the recent films with Daniel Craig as a grittier version of the classic character. So, as someone who hadn’t seen a Bond film prior to GoldenEye, I decided to watch all 24 films in just over a month. Read my thoughts and my Top 10 list after the break.

James Bond has become an icon in the film industry by pretty much creating the spy movie as we know it. When you think espionage, you think James Bond. Despite being a cinemaphile, I never bother diving into the historic series. I’m not entirely sure why, since I hadn’t disliked any Bond movies yet. Between just having seen Skyfall (which I loved) and knowing about the film’s 50th anniversary, I finally decided to sit down and watch the whole bloody thing. For full disclosure, I didn’t want to spend the money just yet to get the new Blu-Ray set

, so I borrowed DVDs from a friend.

For those who need a bit of background, James Bond started out as a literary character in a series of spy novels from British author Ian Fleming. Fleming used his military and journalism backgrounds for the series, which began in 1953 and included twelve novels and two short story collections. James Bond, code name 007, was a British Secret Service agent working for MI6, Britain’s version of the CIA. As a “Double 0”, he was a specialized agent with a license to kill.

Eon Productions released their first James Bond film in 1962. Dr. No starred Scottish actor Sean Connery in the title role, which he would return to five more times, along with one non-canon turn in the non-Eon film Never Say Never Again (1983). The Connery films established James Bond as a playboy who always got the girl and the villain, while always being a gentleman. Bond had a fondness for vodka martinis, caviar, gambling, and tuxedos, and was cultured enough to understand foreign languages and cultures. Other recurring characters were introduced in these first films as well, including M, head of MI6, Miss Moneypenny, M’s secretary, Q, supplier of Bond’s famous gadgets, and Felix Leiter, a CIA agent who often works with Bond. We are also introduced to terrorist group SPECTRE, whose leader Ernst Stavro Blofeld became Bond’s arch nemesis. 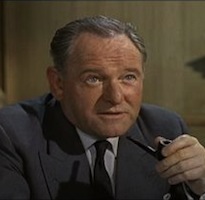 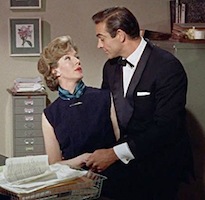 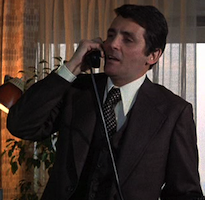 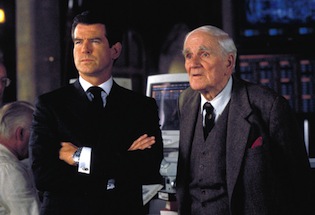 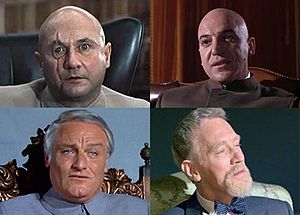 While there has been a certain formula for James Bond, each actor who has taken over the role has made the character their own in at least some small way. George Lazenby’s single turn in On Her Majesty’s Secret Service (1969) was more playful and youthful than Connery’s version, as to be expected with the 9 year age difference. Roger Moore played the spy from 1973 to 1985 in 7 films, more than any other actor (excluding Connery’s 7th time in the unofficial Never Say Never Again). Moore brought a bit more sophistication and emotion to the role, having more of a gentleman’s smile than a playful smirk. Unfortunately, instead of creating trends like the first movies did, Moore’s films often ripped their style and plots from the headlines of the time. Timothy Dalton had a brief stint as Bond in 1987 and 1989, losing much of the charm of the character and making him more angry, which worked in one film, but not the other. After some legal issues, Bond came back in 1995 with Pierce Brosnan playing 007 in four films until 2002. Brosnan seemed to model his take after Connery, though his one liners were a bit over the top (as was the use of CGI in these films). Finally, Craig has starred as Bond for three films since 2006, in what has effectively been the first reboot for the series. As all Bond films have been, the reboot is a product of the times, so we now have a grittier Bond.

Watching these films back-to-back while reading about the history has been fascinating. I’ve definitely become a fan of the character now. While I do have favorites and disappointments, I can at least say I’ve enjoyed every single film. Even when they get pretty ridiculous like Moonraker (1979) or Die Another Day (2002). Even when it looks like Connery is sleepwalking through Diamonds are Forever (1971), or Dalton is angry for no reason throughout The Living Daylights (1987). Even when Quantum of Solace (2008) almost takes away all the goodwill from Casino Royale (2006) by becoming a Bourne Identity ripoff. At least it’s a Bond movie.

The villains are very hit and miss, but I love the big schemes they come up with. They are actually smart plans quite often, usually dealing with the topical Cold War, but the way they go about them doesn’t really make sense. Sometimes the schemes are too big, and we get something like Moonraker, which has astronauts fighting in space. I’ve found I prefer when the plot of the films are more grounded, though a few over the top plans are fun now and again. However, I do like to see Bond travel more (just not into space), so I’ve come to really appreciate the way most of the films in the series highlight different locales around the world.

It’s hard to say which portrayal of Bond is my favorite, but if you twist my arm, I’d say Connery. He had the perfect mix of swagger and sophistication, and he never had to work to get the girl. Speaking of girls, Bond girls have become another iconic component to the series. Up until the Brosnan films, pretty much all the Bond girls were perfectly cast. While they were sometimes terribly written characters, the actress’ beauty and charm pulled me in every time. Fortunately, the Craig films have gotten back to the superb casting after some of the odd choices from the Brosnan era like Denise Richards and Halle Berry. 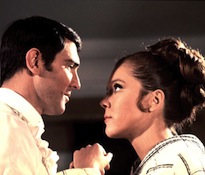 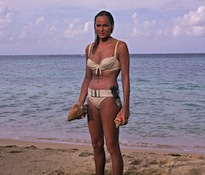 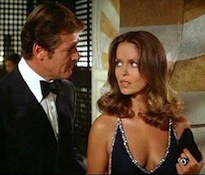 My favorite Bond girl will always be Tracy Bond (On Her Majesty’s Secret Service), not only because Diana Rigg infused that character with such spirit, but also because of the meaning of her storyline to Bond himself. Spoiler Alert: Tracy and Bond fall in love over the course of the film and get married. While leaving their wedding, Blofeld does a drive-by and kills Tracy, crushing Bond emotionally. We see the direct result of this in the next film, Diamonds are Forever, and it comes up a few more times in the series as a way to connect the films between different actors and dig a bit into Bond’s psyche.

So, now for my rankings. It’s incredibly challenging to rank films that span a period of literally fifty years. Filmmaking has changed so much, and the budgets have just skyrocketed. As you’ll see, I prefer newer installments, as I’ve never been a fan of older movies in general. However, I think I have a pretty good mix, including some titles that might surprise you. Without further ado, my top ten favorite James Bond films in order are on the next page (warning: some spoilers ahead).