Now that 2013 has begun, it’s time to look at the huge line-up of films coming our way over the next 12 months. When going through the wide releases, two things really stood out to me. One: There are a lot of movies coming out this year that I am interested in seeing theaters. I counted at least 30. Second: We know very little about some of films being released late in the year. In fact, some films don’t have a release date yet, and others that do might be pushed back to next year. So, with what knowledge we have now, I present you with my 13 most anticipated films of 2013. 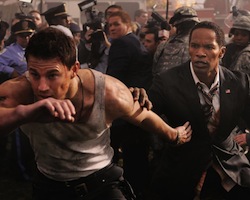 I decided to get what is probably the most surprising entry out of the way. In White House Down, a new Secret Service Agent (Tatum) has to protect the US President (Foxx) after the White House is overtaken by a paramilitary group. There are sure to be parallels between Foxx’s character and President Obama, but the real fun here is director Emmerich getting back into action films. His films are best when they aren’t buried in computer graphics, so this should be one hell of a fun ride. 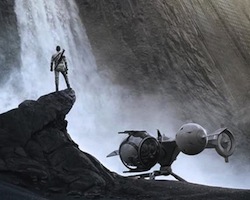 Post-apocalyptic movies are all the rage, so it’s hard to get excited for a particular one (i.e. After Earth), but I’m a fan of Kosinki’s TRON: Legacy directorial debut. Also, no matter how crazy he gets, Tom Cruise is a solid actor who picks his sci-fi and action films well. The script comes from a graphic novel Kosinki wrote with Arvid Nelson, and features a drone repairmen (Cruise) who discovers a dangerous mystery on an abandoned Earth. With an intriguing plot and beautiful visuals as seen in the trailer, count me in. 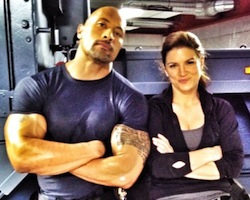 The creative heads Lin and Morgan are back for the latest installment in the lucrative and high-voltage Fast and Furious series. The cast remains intact as well, with Dwayne Johnson, Michelle Rodriguez, and others returning. We also have some notable newcomers like Gina Carano and Luke Evans. Fast Five blew me away and was one of my favorite films of 2011, packing in everything a guy could want in an action flick. I’m excited to see what the gang has in store for us this time around. 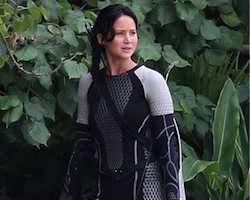 I decided to read the books after watching The Hunger Games last year, and I loved them. Catching Fire was probably my favorite of the series, so I’m excited to see how closely the sequel follows the original story. There already have been some changes in the film’s story, which is to be expected, so it might break away even more in the sequel, which has Katniss (Lawrence) and Peeta (Hutcherson) have to prove their love during their Victors Tour. Unfortunately, the 75th Annual Hunger Games has a surprise that puts the couple back in danger. 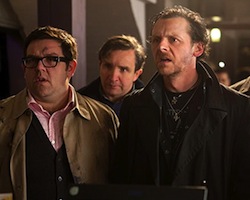 The combination of Wright, Pegg, and Frost is like alchemy. They turn any movie into comedy old. The World’s End is the final film in the so-called “Three Flavours Cornetto Trilogy”, which include Shaun of the Dead and Hot Fuzz. The sci-fi film is about two friends (Pegg and Frost) who return home to repeat an epic pub crawl from their youth. The mankind-in-danger sci-fi twist to the story hasn’t been revealed, but this is enough info to get my butt in the seat. This year also sees the similar apocalyptic comedy This is the End, which has a pretty funny red band trailer. 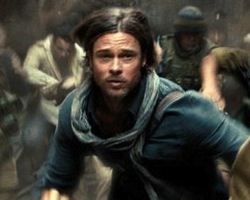 This was actually on my list last year when this past Christmas was the expected release date. Once again, the production issues have me worried, and while the trailer didn’t look terrible, the lack of zombie-close ups was alarming. Still, I love zombie movies and the Max Brooks novel this is based on, even if the film looks like it strays from it significantly, including having running zombies. So, I’m crossing my fingers for the first big budget zombie epic. 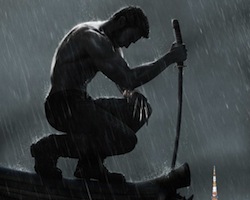 This one goes on my list just because I’m a fan of the X-Men film series. X-Men, X2, and X-Men: First Class were all great, and I didn’t hate X-Men: The Last Stand and X-Men Origins: Wolverine as much as everyone else. Fortunately, The Wolverine looks to be more of a character study on the iconic mutant, taking place after all the films when Logan is pretty much alone. Logan travels to Japan and has to confront a “mysterious figure from his past”. The film is based on a popular limited series comic book and has ninjas. Shut up and take my money. 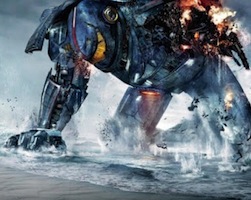 Del Toro directing a film about giant robots fighting giant sea monsters? How could I not be looking forward to this? In the film, the Kaiju rise from the Pacific Ocean, and we humans create large robots called Jaegars to fight them. While the idea is simple, it is original. The young viral campaign has been informative and fun so far, and the trailer seals the deal on this blockbuster. 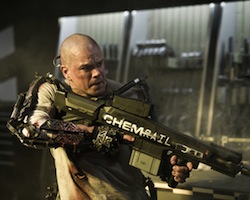 Hollywood really doesn’t have much hope for Earth. In his follow up to District 9, Blomkamp takes us to the future where only the poor live on the ruined Earth, and the rich live in an orbiting space station paradise called Elysium. Damon plays an ex-con who has to break into Elysium. Once again, Blomkamp uses sci-fi to bring up social issues involving inequality, and once again I am sold. The viral campaign has been a bit of a non-starter, but there’s potential. 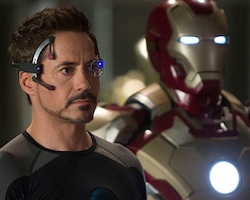 The first film in Phase 2 of the Marvel Cinematic Universe, Iron Man 3 looks to take a darker tone than its predecessors. However, with Black at the helm, we can be sure to still get plenty of one-liners and other humor. After the events of The Avengers, Tony Stark (Downey) faces off against his comic book arch nemesis Mandarin (Kingsley). The film is supposedly based partially on the Extremis comic book story arc that has Stark trying to make vast improvements to his suit and deals with nanotechnology. The trailer and footage we saw at Comic-Coon looked epic. 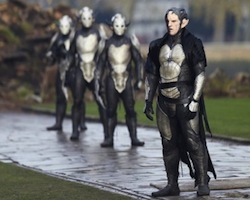 Television director Alan Taylor looks to bring the gritty realism he’s help create on Game of Thrones to Asgard, as the sequel to 2011’s hit Thor takes the hero to other realms as he fights famed villain Malekith (played by Christopher Eccleston). Most of the original cast is returning, and I’m excited to Thor, one of my favorite superheroes, fully-realized. The first film focused on building his heroism without powers, and while he was used well in The Avengers, he obviously had to share the spotlight. 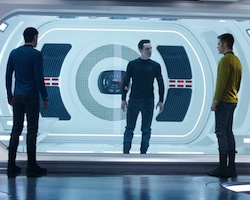 I’m a huge Trekkie, so while this reboot diverges from the series quite a bit, I’m still going to see it as soon as I can. The sequel to the 2009 hit Star Trek continues the story of the crew of the Enterprise as they encounter a mysterious villain (played by Benedict Cumberbatch) from within Starfleet. There’s a lot of rumors going around about the villain’s true identity (he’s named as John Harrison, but that could be a ruse), and while the 9 minute preview was awesome, it didn’t help in that regard. Those that argue that Star Trek has lost its roots should look back and see that this style is more in line with the adventurous tone of the original films (and even the TV series). Also, check out the film’s budding viral. 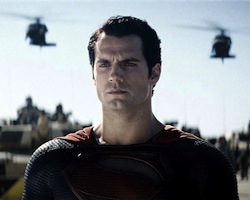 The biggest movie of the year has to be Man of Steel. The first and most iconic superhero ever looks to finally have his day in the sun (pun intended). The Dark Knight Trilogy director Christopher Nolan is producing, and he worked on the script with Batman Begins writer Goyer. Between those guys and Watchmen‘s Snyder, this film is in good hands. A noteworthy cast surrounds the relatively unknown Cavill, who plays Clark Kent/Superman in this reboot. Adams joins him as co-worker and love interest Lois Lane, and Michael Shannon plays Kryptonian General Zod, reinventing the role from Superman II. Superman is my favorite superhero, so I’m glad to see Warner Bros. finally give it the modern origin story he deserves.

Let us know what movies you are looking forward to most this year in the comments below!