When Disney bought Lucasfilm, they made it clear they wanted to produce more content. Not only were we promised Episode VII in 2015 as part of a new trilogy, but that there might be other films in the Star Wares universe as well. This week, we got confirmation that standalone Star Wars films are indeed in development. Disney announced that they are going to develop prequel films for Han Solo and Boba Fett. Solo’s film will take place between Epsiode III (Revenge of the Sith) and Episode IV (A New Hope), while the bounty hunter Boba Fett will be featured in a film taking place between A New Hope and Empire Strikes Back. This will be the first time we’ll see another character playing Han Solo, though creator George Lucas had planned on having a young Solo in Revenge of Sith (check out recently released concept art here). There of course has been a lot talk about this (most people don’t like it), but this /Filmgives some good analysis about what to expect in the more-talked-about Han Solo film. Earlier in the week, there was also a report that Yoda may be the subject on his own film, but Disney has not given any confirmation on that. 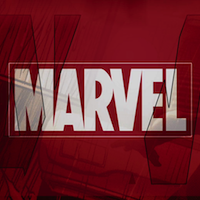 Not to be outshone, a few Marvel properties had some big news and rumors this week. The Amazing Spider-Man 2 began production on Monday, and director Marc Webb started uploading daily photos to Twitter. His first tweet confirmed that the movie using classic 35mm film instead of shooting in digital, which a lot of people were happy about. Webb’s other tweets have sparked a rumor that Venom might show up in the sequel, though that would mean we have at least four villains in Electro, Rhino, Norman Osborn, and now Venom. We also got a plot synopsis for the film, which was impressively vague. The other big news this week was the casting of Chris Pratt as Star Lord in Guardians of the Galaxy. While Pratt is not your traditional action leading man, he had a solid turn in Zero Dark Thirty that probably played a part in getting the role. Finally, the big rumor of the week is about the future of The Incredible Hulk. The character has had mixed results in his solo outings, but the big guy stole the show in The Avengers. While there was talk in the past few years of doing a TV show, that seems to be on the back burner, and according to Latino Review, Hulk won’t be subjugated to a supporting role in Avengers movies. The next Hulk film will be in Phase 3 (after The Avengers sequel), and will follow the Planet Hulk storyline that has Hulk land on another planet and lead a revolution. Then, following the World War Hulk storyline, Hulk and his army will return to Earth to fight the Avengers in the third Avengers film. This sound extremely epic, so we’ll have to wait and see if Marvel goes through with it.

Now I feel bad telling this story after all the great news and rumors coming out of Marvel. This week, comic book writer Mark Millar trashed the entire concept of the Justice League as being out of date, and thus not worthy of a movie. He sighted the problematic team dynamics and said that “…you put them all together and I think you get an excellent way of losing $200 million.” Fans were none-to-happy, but he may have a point. Warner Bros. has been trying to make a Justice League film for a few years, and now rumor has it that the latest script from Will Beall has been scrapped. With no director, screenplay, or cast, it’s looking like that planned Summer 2015 release date will have to be pushed back. As a side note, when Warner Bros. wanted Ben Affleck to direct the film, he was also offered the role of Batman. Do you think the former Daredevil could pull off Bruce Wayne?