If marketers could choose to place an ad anywhere on the internet, they would probably choose the Google homepage. Not only is it the medium’s most visited site, but the design of the homepage would provide almost exclusive attention for your message. Google is notorious for keeping their homepage clean and without advertising clutter, so it is rare that they actually post ads outside of the occasional Google+ hangout with notable public figures, or to promote their devices or services. Yesterday marked a historic change though, as Google posted an ad on their homepage promoting an upcoming Hollywood film, The Internship, starring Vince Vaughn and Owen Wilson. Hit the jump to find out why it may have been in the search engine’s best interest to do so.

The first trailer for The Internship was released yesterday, and one viewing makes it clear why Google was willing to promote the film on their homepage. Sure, Wilson and Vaughn playing two traditional salesmen who lose their jobs due to the rise of the digital marketplace should bring some laughs, but the company itself looks to be the real star of the film. The fact that it is actually Google, and not some fictional imitation tech giant, means the company’s impact on the story and setting are far greater than I expected. According to Ad Age, the film shot on location at Google HQ for three days, and it is clear from the trailer’s title cards and the film’s poster (which you can see below thanks to Collider), that the company’s brand is integral to not only the film’s marketing, but the movie itself. 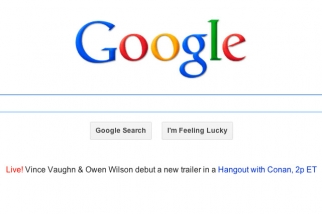 A screenshot of the Google homepage courtesy of Advertising Age

It should come as no surprise then that the website was willing to not only host a Google+ hangout with Wilson and Vaughn to connect with fans about the movie, but to announce the trailer premiere on their homepage for millions upon millions of web users to see. Talk about reaching an audience.

As Ad Age also notes, the obvious cross-pollination of movie and internet media platform as a marketing tool is seen in stark contrast to the alienation Facebook showed The Social Network when it was released in 2010 due to the unfavorable portrayal of founder Mark Zuckerberg.

I doubt this will be the last time we see The Internship promoted hard by Google before it’s June 7 release, but I am curious to know when we will see another film adorn the famous Google homepage? And what movie will it be? Leave your guesses in the comments section below. 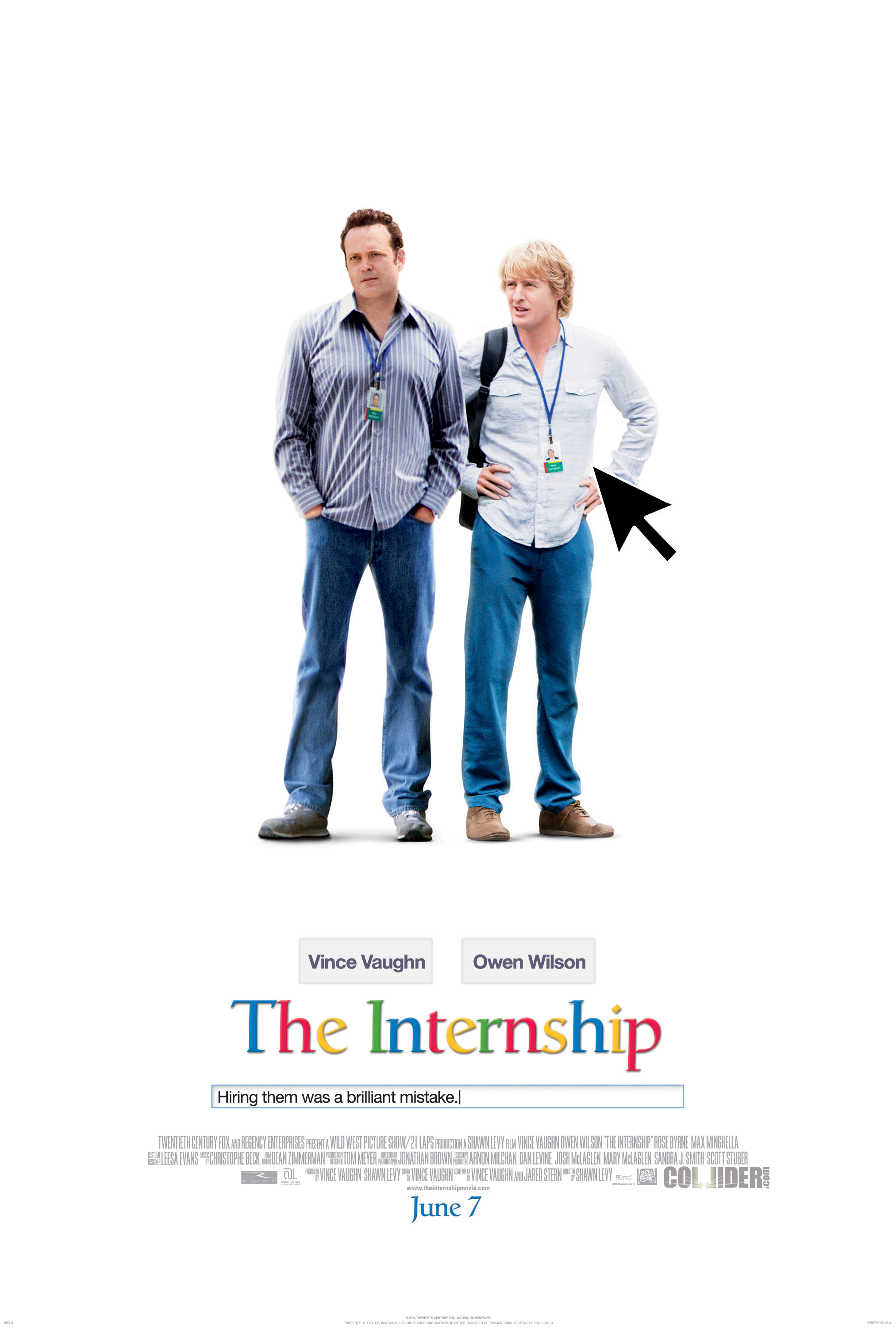