Warner Bros. Wants You To Be A Part Of The New Lego Movie 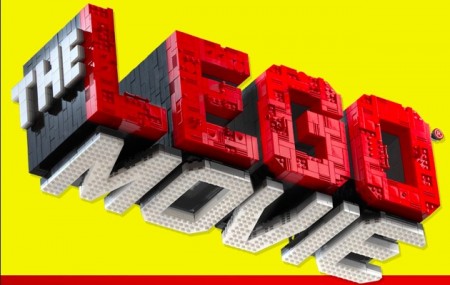 Legos are literally the building bocks of creativity and with just one simple piece a child’s imagination can run wild. Warner Bros. had acquired the rights to the toy brand and will make it a full-fledged film. Not only have they revealed the blocky movie title, but they have also revealed a reBRick contest where the winner will have his or her entry in the actual film itself. Hit the jump to see how you can get involved.

Starting March 25th, fans will have a chance to be a part of the new Lego Movie from Warner Bros. By registering on http://redbrick.com, fans can submit a 15-30 second video that centers on the citizens of the Lego universe rallying together to prevent an unspeakable disaster.

According to the press release they do this by quickly disassembling the elements of their environments, brick by brick, and rebuilding them into fantastic and fun hybrid vehicles and tools—the stranger and more innovative, the better, like rocket/dragons or butterfly/speedboats—to take part in an epic battle.

Of course one of the major rules in this contest is that you must use only Lego licensed material. But the world they create is not limited, for Lego is allowing contestants to select a character and create an action sequence in one of their favorite LEGO worlds, such as LEGO City, Space, Pirates, Western, Vikings, Dino, Castle, and others.

From their they can upload the 15-30 second video on youtube and bookmark it on ReBrick.com building page where it will be open for voting from the entire ReBrick membership.

The 25 videos earning the most “Likes” will ultimately be reviewed for creativity, originality, theme and suitability for the film by a panel of judges, including Phil Lord and Christopher Miller, writers/directors of “THE LEGO MOVIE.”

The Grand Prize winner will receive a trip for two to Warner Bros. Studios in Burbank, California, for a VIP Tour; a meeting with the directors, to participate in a LEGO build; an exclusive LEGO film camera designed and built by the official LEGO model shop; plus souvenir WARNER BROS. PICTURES items from the movie’s set, signed by the designers. His or her winning entry may also be edited into the film’s big battle sequence.

Second and third place winners will also be honored, as well as winners of bi-weekly prizes selected during the challenge’s six-week run, for a range of additional prizes, including tickets to the Studio’s tour, “THE LEGO MOVIE” merchandise, a $200 gift card for the Studio’s online store, and a feature spot on The Official LEGO Channel on YouTube.