The LEGO Batman video game series has been successful both financially and critically, so it seems like only the natural progression for Warner Bros. and LEGO to make an animated film. LEGO Batman: The Movie – DC Superheroes Unite was meant to coincide with last year’s LEGO Batman 2: DC Super Heroes video game, but since they had to reanimate everything to insure quality, the film will see its home release on May 7th. The movie premiered at WonderCon this weekend, so to finish up our coverage of the convention, read my review after the break.

LEGO Batman: The Movie is a more kid-friendly and comedic take on the superheroes we know and love. The plot centers around Presidential nominee Lex Luthor’s attempt to rig the election with the help of The Joker. Luthor has a contraption that can destroy Batman’s seemingly indestructible “toys”, and he needs The Joker’s laughing gas for his dubious plan. So, Luthor breaks The Joker out of prison, and Batman and Robin try to stop them alone. When their Batcave is destroyed, they need the help of Superman, and eventually the whole Justice League, to foil the evil duo’s master plan.

I’ve never played the LEGO video games, and my only knowledge of the film came from a trailer and the roundtable interviews that were right before. Considering this is meant to be a parody for a younger audience, I didn’t expect much. I was pleasantly surprised. The voice work was dead-on, whether it was Travis Willingham’s corny do-gooder voice for Superman, Christopher Corey Smith’s Hamill-esque Joker, Troy Baker’s brooding Batman, or Clancy Brown returning to voice Lex Luthor. They brought great life to the LEGO figures, as did a tight script that had fun with the famous characters while also staying true to our purest ideals of what they should be.

I enjoyed the interactions between the characters the most. Batman wants to do everything himself, leaving Robin behind and refusing Superman’s help when possible. Luthor and The Joker have a similar relationship, where Luthor is the straight man to Joker’s maniacal tendencies. There’s plenty of humor, but it’s not in a way that degrades the characters. It makes you love them even more, and of course buy as many of the box sets as possible.

Overall, this film is a great way to introduce younger children to superheroes and the great characters of DC Comics. With a simple yet engaging plot and plenty of innocent humor, it’s (as cheesy as it sounds) fun for the whole family. 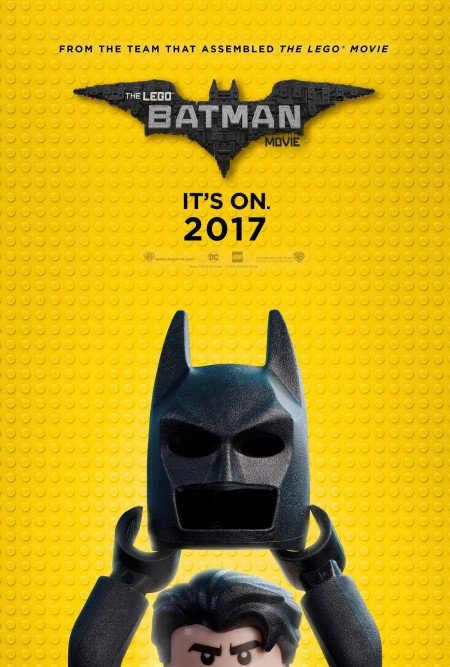