The last time we had a Predator movie on the big screen was Robert Rodriguez’s Predators which came out about 3 years ago. There was talk of a follow-up movie, but nothing ever came to fruition. With Comic-Con almost upon us, an interesting image has popped up online that could possibly point to a new project in the works for the dread-locked alien hunter. Check out the mysterious teaser image after the jump.

ComicBookMovie was the first to notice that the Facebook page of the Predators movie posted a picture with the words “Something is coming… #HuntthePredator”. The pic they posted is below: 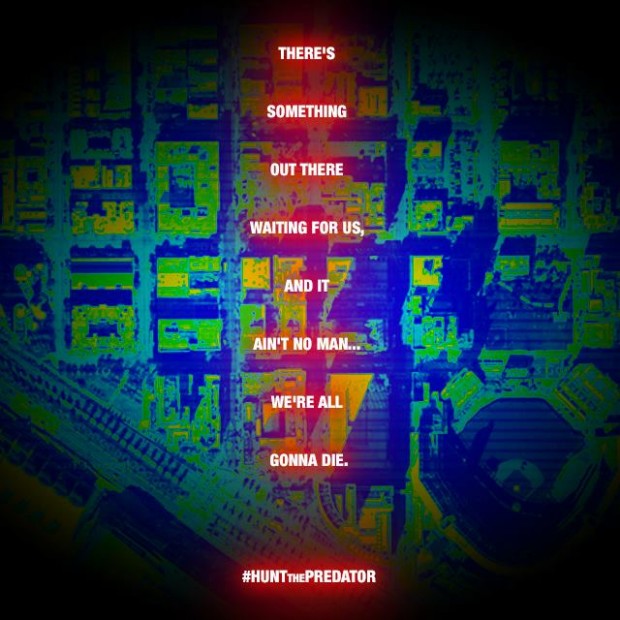 CBM noted that the background image is none other than Petco Park which is near the San Diego Convention Center. As to what will be unveiled at Comic-Con, it’s anyone’s guess. As part of 2oth Century Fox’s panel, they could surprise us with a new Predators film. They’ve already announced that a “surprise” panel will be happening, but many people think it will be for the upcoming film, X-Men: Days of Future Past. For all we know, this teaser could be just the announcement of a new video game, animated film or comic book. We won’t really know for sure until July 20th, when 20th Century Fox’s panel takes place at Comic-Con in Hall H. Dawn of the Planet of the Apes and The Wolverine have already been confirmed as being part of that panel presentation.

Would you be interested in a new Predators movie? Let us know in the comments below.