Tomorrow we start our live coverage of the San Diego Comic-Con, so of course the bombardment of press releases hit an all time high today. Thankfully, we can just pass them on to you. Check out the latest news after the break, including a fan screening of the new TV show Black Sails that’s not out until next year.

Before we get to the long press releases, if you’re at the convention, you should check out booth #3528 to personalized Predator toy figure with your decapitated head.

Also, the home release of Oblivion is getting promoted at the convention with tote bags and other giveaways.

Great Current and Classic Genre Movies Now Playing, Plus Free On Demand Short Features, Along with Coverage Straight from the Show Floor

New York, July 15, 2013 –This July, prepare for the apocalypse with Movies on Demand on Cable (MOD) at Comic-Con 2013. Even if they can’t attend the 2013 Comic-Con conference in San Diego, fanboys and geeks of all kinds will get an immersion of Comic-Con action direct from the Con, plus they can choose from a wide selection of category titles available now on demand on digital cable. Movie selections include both classic and new release sci-fi, horror, comic book, hero and fantasy films like Evil Dead, The Twilight Saga: Breaking Dawn – Part 2, The Hobbit: An Unexpected Journey, G.I. Joe: Retaliation, Byzantium, Stoker, Dead Before Dawn, and Trance as well as “end of the world” selections such as Hell Baby, Rapture-Palooza, The Colony, and Europa Report. (Complete list of all available genre films is below.)

Fans everywhere will also have a window into the events because MOD camera crews will take viewers behind-the-scenes and to action on the show floor, red carpets and hot parties in San Diego next week. It’s like being there, but without the crowds. Here’s what viewers will find:

Free On Demand (FOD) Content:
Starting immediately and until August 12, on demand viewers can check out free behind-the-scenes features about the making of some of the most famous comic book films, including interviews with directors, writers, costumers and special effects experts. Exciting features delve into some of the best villains in the history of comic book movies, an exclusive special highlighting the fantastic females of favorite comic book movies, such as Jennifer Lawrence in X-Men: First Class and more. Free features cover films like Red, 300, Thor and an interview with Iron Man’s Robert Downey Jr. on the challenges of the famous suit. Plus, we’ll be adding exciting star interviews and footage from the convention itself over the next few weeks, so there will be new content even after the convention is over. Viewers can find this content in their On Demand menus under Free Content.

Movies On Demand: (See complete list of all available titles below*)

New Release Genre Titles: Many sci-fi, horror, comic book and action favorite movies are currently in the MOD catalogue, such as Warm Bodies, Jack and the Giant Slayer (3D), & The Host and many, many more (see attached). Even after the costumes are stored away, MOD keeps the genre alive with new movies year-round. Several notable movies in the category are premiering soon, including Oblivion and Olympus Has Fallen.

MODGeekstakes.com is the online home for MOD’s Comic-Con activity. There, viewers can check out all the special FOD behind-the-scenes features as mentioned above as well as enter our third annual Geekstakes at MODGeekStakes.com, for a chance to win a $1,000 Visa gift card. Plus, they can see more info about all the classic comic-book titles in the special Comic-Con folders on cable systems around the country and check out our behind-the-scenes photo gallery from San Diego.

And Facebook.com/moviesondemand as well as (@moviesondemand) will feature daily updates from the San Diego convention center. It’s all a celebration of the On Demand platform as the best way to watch the hottest genre hits from home via remote control.

ON SITE:
Comic-Con attendees should keep an eye out for our beautiful, costumed Movies On Demand brand ambassadors who will be giving away cool movie-related prizes around the convention center.

The films above and original content is delivered to cable by iN DEMAND. All 2013 MOD-themed Comic-Con activities and original FOD content are created by iN DEMAND. Most titles are available in HD. *Title availability varies by system.

ABOUT iN DEMAND and MOVIES ON DEMAND:
iN DEMAND is the nation’s leading distributor of transactional content, especially movies, on behalf of the cable industry, delivering films from all the major studios and indies to most cable systems around the country.

Movies on Demand (MOD) is supported by a national consortium of top movie studios and top cable systems around the country working together to promote MOD on Cable as the simplest and best way to rent the newest and hottest Hollywood movies available instantly just by pushing the button on a cable remote. MOD delivers many movies in the earliest post-theatrical windows (often same day as DVD or earlier and often weeks before Netflix and Redbox), on digital cable in SD, HD, and 3D when available, with full DVD functionality, no DVDs to return or late-fee worries. Some titles, especially Indies, come to cable before or the same day as their theatrical release. www.rentmoviesondemand.com

Fox Digital Entertainment and Angry Mob Games have teamed up with BDA, Inc., to demo AVP: Evolution on the MOGA Pro, a console-style game controller for mobile devices.

Demos will take place at FOX booth #4229 from July 17th to July 21st and will include daily giveaways (while supplies last).

Alien vs. Predator: Evolution (AVP: EVOLUTION) is a visually stunning 3rd person action-shooter game available on Apple’s App Store and for Android phones and tablets on the Google Play Store and Amazon’s Appstore for Android. 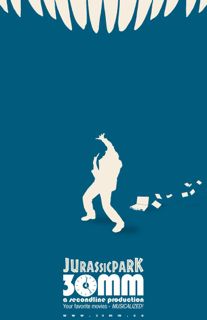 Dinosaurs come to life in 30 Minute Musicals’ version of the classic film, JURASSIC PARK. This time in 4D! That’s right, 1-D better than Spielberg. So, don’t miss this ONE NIGHT ONLY event at The Horton Grand Theatre.

“Dinosaurs and man, two species separated by 65 million years of evolution…How can we possibly have the slightest idea what to expect?”
WE DO KNOW YOU CAN EXPECT, ORIGINAL SONGS, DINOSAURS THAT SING AND DANCE, AND MORE LAUGHS THAN YOU CAN HANDLE!

After six original musical theatre adaptations of cult-classic and blockbuster films (Showgirls, Jurassic Park, Top Gun, Teen Witch, Home Alone and Ghostbusters), and a “Best Musical” nomination at the 2012 Hollywood Fringe Festival, 30 Minute Musicals is back and bigger then ever at Comic-Con 2013!!

Ticket prices are $25 at the door and $20 in advance through:
Jurassic Park Tickets: http://30mmsdcc.bpt.me/

To add to the overwhelming excitement and response to the news that fans at Comic-Con 2013 will get an exclusive chance to view the first episode of “Black Sails,” Starz has now added a special performance with series musical Composer Bear McCreary to kick off the screening Thursday night in San Diego.

Emmy® Award nominated, Bear McCreary is one of the leading musical composers in television, called a “secret weapon” by Wired magazine. At the age of 24, he received widespread acclaim for his groundbreaking score to SyFy’s hit series “Battlestar Galactica,” for which he composed, “the most innovative music on TV today,” according to Variety. He was declared as one of the ‘Ten Best Science Fiction Composers of All Time,’ by io9.com, listing him alongside legends John Williams, Jerry Goldsmith and Bernard Herrmann. McCreary’s current credits include STARZ/BBC’s “Da Vinci’s Demons”, AMC’s smash hit “The Walking Dead,” and Syfy’s “Defiance.” His score for the FOX series “Human Target” featured the largest orchestra ever assembled in the history of series television and earned him his first Emmy® nomination. McCreary’s many other credits include “Terminator: The Sarah Connor Chronicles,” “Eureka,” “Caprica,” “Trauma” and “The Cape.” His feature film work includes the upcoming Europa Report and his videogame credits include Sony’s successful SOCOM 4: U.S. NAVY SEALs.

Nickelodeon promises to have one of the busier booths with talent, giveaways and more:

• Booth also includes a giant video screen featuring videos of Nickelodeon’s hit series and the agenda for each day.