Brad Bird’s “Tomorrowland” Will Have Viral Presence At D23

Brad Bird‘s Tomorrowland made a pretty big splash when a case revealing all sorts of Walt Disney relics were revealed online. The contents, which served as Damon Lindelof‘s inspiration for the script, ranged from simple photos of Disney, videos, and comic books. Though a plot has yet to be officially revealed, it is rumored that the film will involve “A teenage girl, a genius middle-aged man (who was kicked out of Tomorrowland) and a pre-pubescent girl robot, who attempt to get to and unravel what happened to Tomorrowland, which exists in an alternative dimension, in order to save Earth.”

Now a new viral site has popped up online and it may have some sort of a connection to the upcoming D23 Expo. Hit the jump for more.

Firstshowing (via ComingSoon) uncovered an ARG site at Disney.com called The Optimist. While the aforementioned plot has yet to be confirmed, the site’s intro provides a look into the game,

Walter Elias Disney was an optimist who believed in creating a living blueprint for the future. He and his Imagineers – those creative and skilled professional wizards who combine imagination and engineering – made fantasy into reality and built the magic of the Disney Theme Parks. But, what if that was just the beginning?

Amelia, a young filmmaker, has stumbled upon a revolutionary secret…and she needs your help. Collaborate with other curious individuals around the globe to solve a mystery that traverses the web, Disneyland® Park, and beyond before culminating at the D23 Expo. 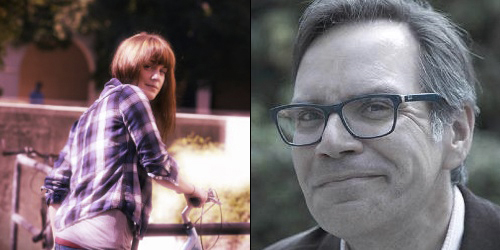 The ARG will revolved around two characters: a young filmmaker named Amelia, a slightly overwhelmed undergrad, scrambling to find time between school in the smallest state in the union and work at a low-rent video store to make a documentary about my grandfather, Carlos. And there’s Wallace, a Disney enthusiast who goes by Disney Cartography who makes art “inspired by the past, future and what could have been at Disneyland.”

The Optimist’s posts contain entries that would indicate that there is indeed a connection between the site and the film itself. Renowned sci-fi writers that inspired Amelia’s grandfather, pictures of Walt Disney, vinyl records, 1964 World’s Fair memorabilia, and video diaries clue us in to what the ARG is all about, and the kinds of characters that will assist you long the way.

According to Wired, the ARG game will be played out of the course of the next six weeks, where players will discover “an imagined story of Walt Disney, the Imagineers and other visionary thinkers and their potential involvement in a secret project that sought to build a better future.”

Which takes us back to the Optimist website. Looking at the July 9th post, you will see that there is a phone number written down on a post it. According to the entry, someone in the Lott Family Construction (which also has a viral website) attended the very same World’s Fair that her grandfather did. Calling the number led us to a voicemail that suggested we try their website for more info. For obvious reasons, the inbox for voice messages was full.

But if you look closely, you will notice subtle clues within the Lott website. For instance, it was founded 1923, the same year that Disney founded the company. Another clue is that Michael T. Lott’s initials, MT Lott, was the shell corporation that was set up in order for Disney to purchase the land needed to create Tomorrowland.

The character’s twitter pages will also guide you as you play the ARG. Wallace’s is DCartography, and Amelia’s is StoryOrbit. Like many other ARGs of the past, those who cannot make it to the physical destination or attend the D23 Expo, will be given many opportunities to play the ARG on social media sites like Twitter or Facebook. Stay connected to those viral and social media sites, as they will be a great help to you if you intend to play through the entire course of the game.

You can sign up to participate in the ARG at the bottom of Amelia’s site. Wallace mentions that he will make a big announcement about his work (see the Tomorrowland Map on the bottom), on his work, on August 6. You can find more of his work on his website, Disney Cartography. 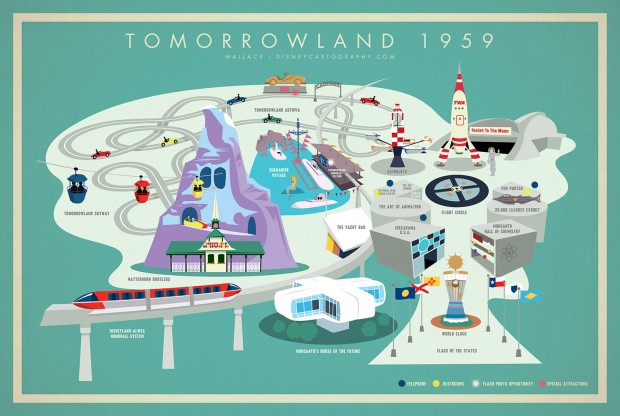