As explicitly stated in Joseph Gordon-Levitt‘s directorial debut, Don Jon, romantic comedies have rules and standards to follow. The love at first sight, the first date, the fights, the break ups, the make ups, blah, blah, blah. We’ve all seen it before. And when it is as clear cut as that, romantic comedies become boring and very predictable. So much so, it becomes more of a struggle to sit through, because lets face it, things don’t play out in romantic comedies as they do in real life.

In Don Jon, we see a different kind of romantic comedy. One that doesn’t follow the norm and chooses to go about it in its own way. There may be some bumps in the road, but Gordon-Levitt’s sharp and funny directorial debut is an effort that is worthy of your time. Hit the jump for more.

There is plenty of skin to be seen on screen and on Jon’s laptop. But all that shock becomes dulled when you realize that a honest and revealing humor starts to emerge. Because the reality is that there are people who actually view the world through that very same narrow scope, thus the real life relationship is affected.

So Jon’s way of life is changed when he starts to build a relationship with this dime (or a ten as he and his band of of merry misogynistic friends could like to call hot women) named Barbara (Scarlett Johansson). Once he sets his sights on her, he starts to make all these changes just to please her. This includes going to school, not buying cleaning products, and stop watching porn. An addiction he obviously cannot stop watching cold turkey. And though Jon lies just to keep the relationship afloat, there is an aspect of the relationship that we start to see that would make him slip up in a very dangerous way.

And since we are creatures of habit, Jon’s routines doesn’t really allow for any changes to occur. But this doesn’t play out as one might have hoped. Jon’s routine plays out one too many times throughout the course of the film, and as a result it feels like the Don Jon script is beating a dead horse. Then there is that blatant and shameless plug that really didn’t have any purpose. It would have been better off being a self-aware scene by saying “this scene was brought to you by ‘said’ product.”

That being said, Don Jon‘s is a very smart and confident script that is full of swagger and comedy. It’s easy to see why Gordon-Levitt didn’t jump into writing or directing earlier. All that time spent on projects like (500) Days of Summer, Inception, 50/50, and Looper allowed him to work with some exceptional directors, and therefore he developed his own brand of filmmaking. In fact the script was a four-year process in the making, so you know that he took his time to get everything right.

With Don Jon being a character piece, it might be easy to forget about it’s supporting cast, but the script does a great job giving time to watch our characters develop as Jon develops. Johansson’s character makes sure that Jon does everything that she asks because she knows what guys want from her. That kind of one-sided view is important to the film, because we start to see how it has an affect on Jon’s one-sided view. Ironically it’s one of Barbara’s heavy-handed requests that get’s Jon to meet Julianne Moore‘s character. Moore plays an emotionally crippled socially awkward community college student who is nothing like the women Jon would normally pick up at clubs. But she plays the kind of character that if you can tolerate her social ineptitude, she’ll give you some much needed advice.

The rest of the supporting cast is also a pleasure to watch. Tony Danza is the argumentative father that Jon sees as someone he does not want to become. Glenne Headly is the somewhat overbearing mother who just wants Jon to settle down and have a family. And while it may seem like Brie Larson does nothing but text in the film, she actually has a very pivotal scene in the film. 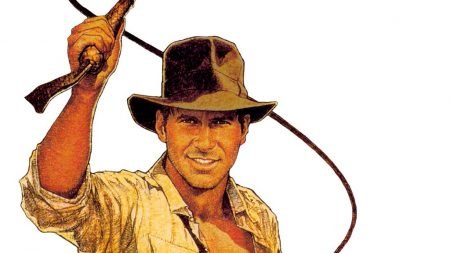