Win A Copy of “The Wizard of Oz: 75th Anniversary Edition” from Habitat For Humanity

The year, The Wizard of Oz celebrates its 75th anniversary. Earlier this month, a special DVD was released for the occasion, and now you have the chance to win it thanks to Habitat for Humanity. Get the details after the break. 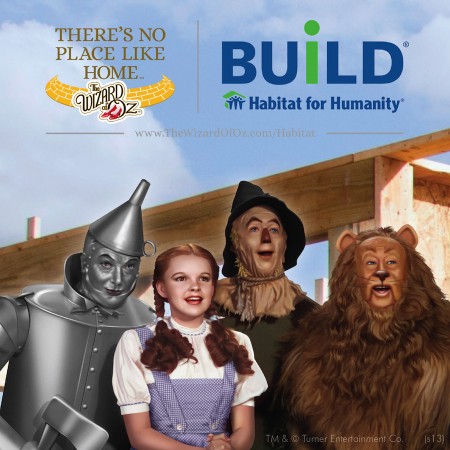 Warner Bros. Entertainment and Habitat for Humanity earlier announced the “There’s No Place Like Home” campaign in celebration of the 75th Anniversary of the classic film, The Wizard of Oz. The year-long charitable program kicks off with a digital fundraising campaign via an interactive website: http://thewizardofoz.com/habitat. The campaign will feature several themed initiatives and builds benefitting Habitat for Humanity’s work to create decent, safe and affordable housing.

To enter our contest, all you have to do is leave a comment below with your favorite scene from The Wizard of Oz. We’ll randomly choose one winner from within the United States. The contest ends October 22nd at 11:59PM PDT. Good luck!