“The Wolverine” Unleashes Declassified Documents, A Free iBook And An Interactive Experience

With the upcoming release of  The Wolverine for home video consumption, 20th Century Fox is using the film’s social networks as well as other interactive marketing tools to help us learn more about the Marvel character. Find out after the break what kind of information will be revealed and what places you can go to find out some of the interesting tidbits involving our favorite adamantium-infused superhero.

Per the The Wolverine Facebook page, it was announced that many “declassified” documents would appear in several of the films social networks over the next few weeks. Their announcement was as follows:

It’s time to declassify The Wolverine‘s mysterious past. For the next five weeks, we’ll release secret documents spanning over 150 years – detailing Logan’s life through eyewitness accounts.

Be vigilant and keep watch on all social channels, because you never know when & where the next leak will hit…

Here’s one of the first “declassified documents” posted via their Facebook:

Did you miss the first #wolverinedeclassified document release? Here it is one more time. #wolverineunleased pic.twitter.com/l8vgxuL61O

The movie has also created an interactive experience via the WolverineUnleashed site. You can explore all of Logan’s physical abilities as well as his mental and emotional scars by clicking on different parts of his body. Here’s a screen capture of one part of the site: 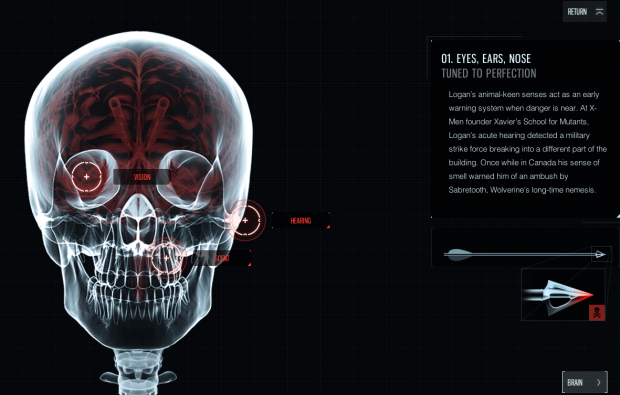 A free 59 page multi-touch iBook for The Wolverine has also been released that you can read on your Mac or iOS device. The description of the book on iTunes is as follows:

Experience every jaw-dropping, heart pounding fight in full high definition. Follow Logan’s struggle from vulnerable to better-than-ever as he faces his most lethal nemesis. After these epic battles in modern day Japan, Wolverine will never be the same.

Here’s a sneak peek image of the book from the The Wolverine Facebook page: 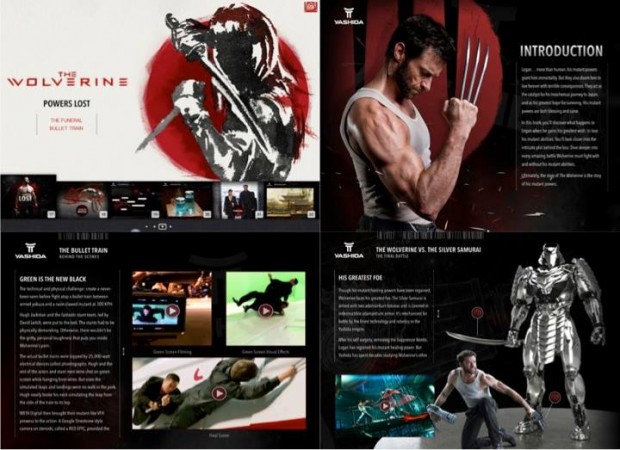 You can download the book for free from iTunes here.

The Wolverine will be released on HD Digital on November 19th and on various versions of Blu-ray and DVD on December 3rd.  You check out more info about the movie and the Logan character via its many social media networks such as Facebook, Twitter, Youtube and Google Plus. They even have a Snapchat account. You just add them via “WolverineMovie”. The movie’s official website can be found here.