Chances are if you are a major talent in Hollywood, you have to have some sort of representation or PR. Since The Muppets are now back on the scene, some of the most notable talent agencies are flocking to their door just begging to represent them on their upcoming world wide tour which can be seen in the upcoming James Bobin film Muppets Most Wanted. In the film The Muppets take their world wide tour to Europe, where they find themselves unwittingly entangled in an international crime caper headed by Constantine—the World’s Number One Criminal and a dead ringer for Kermit—and his dastardly sidekick Dominic, aka Number Two, portrayed by Ricky Gervais. To pull of one of the most successful heists known to man, Constantine frames Kermit, and hires Dominic to represent The Muppets under the shell company BadGuy Talent.

And now he is looking to represent you as the next big talent. Should he pick you, you could be on a one way trip to the LA Premiere of Muppets Most Wanted. Hit the jump to see how you can enter.

Update: The phone number listed on the website now works, complete with a Dominic Badguy, of BadGuy (it’s French) Talent Management, greeting asking you to give him a call if you have what it takes to be number one. The number is: (213) 293-5218.


The contest is simple and straightforward with entries being made by putting down your name, number, address, and a brief description of your talent. Winners will receive a trip to the World Los Angles Premiere of Muppets Most Wanted, the new film starring BadGuy Talent Management: The Muppets. Here a description of the site 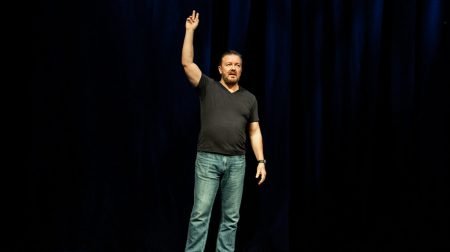