Yesterday, the Facebook page for Warner Bros. and Legendary’s Godzilla posted a link to a Chinese article about the “world’s largest sinkhole” and how it relates to Godzilla. The link has the caption “Who are M.U.T.O.?”. The article uncovers the viral website Mutoresearch.net, which looks to be some kind of organization that is looking for the featured monster. This is all apparently leading up to the film’s trailer. Get more details after the break.

Like many viral websites we’ve seen in the past few years, this one is a type of terminal. The command module gives some interesting results depending on what you input. Here is a rundown from commenter OfficialJab on the First Showing article.

Some things I’ve found so far:
-Searching monster names like Mothra tells you that they cannot confirm or deny their existence. This includes “Zilla” from the American one.
-Searching Gojira reads out ‘king of the monsters’ in japanese.
-Searching movie gives tells you Summer 2014
-Searching Pacific Rim returns GATEWAY BLOCKED, haven’t encountered that entering anything else -edit- Searching Jaeger returned the same error.
-Searching Monarch gets you a warning not to break into their system
-Searching locations like Japan and Tokyo returns info on a place called Q-Zone. This also comes up if you search ‘nuclear’.
-Searching ‘monster’ scans your location and warns you to prepare for an attack.
-typing ‘hack’ apparently will let you see things you can’t otherwise? Haven’t found anything yet and I need to get back to work.

You can connect your social media account to the site as well, but that doesn’t do much yet. There are also two garbled video teasers, which you can watch below.

According the Mtime article, the first trailer for Godzilla is going to debut with this weekend’s release of The Hobbit: The Desolation of Smaug. Hopefully we’ll see more out of the website after that.

Also, Yahoo! Cine Mexico posted an exclusive photo and caption of the sinkhole today. Below is the Google Translation of the caption.

Who and what is MUTO?

“In the depths of the Venezuelan forest are cavernous wells Sima Humboldt and Sima Martel: very old and of unknown origin sinks ‘twin’. Inaccessible by land, these monumental natural beauty were targeted by unidentified aerial vigilantism just days ago. According to initial reports, identified with the mysterious helicopter MUTO text, accessed a restricted no-fly zone for reasons unspecified. The passenger of a commercial airliner en route to Brazil, managed to capture this suspicious activity in question (photo). “

We’ll keep an eye on this campaign as it develops. 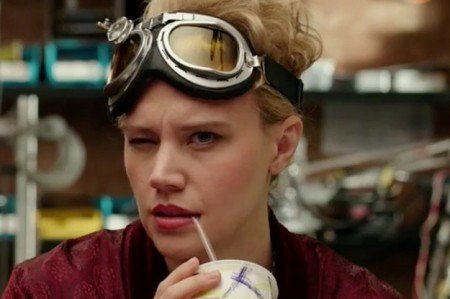