After finding himself alone 200 years after Dr. Frankenstein created him, Adam is thrust into a war. Humanity’s fate hangs in the balance between the forces of immortal demons and gargoyles, and Adam may hold the key to the conflict. Given that Adam is a cobbled together creation of Victor Frankenstein, he is the first man of his kind with no soul and no direction. This evening I caught a screening of the movie and wanted to share my thoughts. I must warn you too, mild spoilers might pop up. Hit the jump to hear what I thought.

Probably the first thought that hit me was how I, Frankenstein was filled with all sorts of Christian messages. Naming the character Adam (as the first son of his father), who is searching for his Eve makes one think of the Bible. The gargoyles are given power and abilities using weapons adorned with the Cross of Lorraine. The symbolism continued with character names like Terra (get it? Her job is to terraform dead bodies). This kind of basis for the struggle between these two powerful forces in the movie seemed more misplaced than anything.

When Demons are dispatched, they descend into a possible hell. When the godly Gargoyles are dispatched, they rise into heaven. The rather unfortunate connotation arises when thinking of a descending demon and testicles in the same thought. When the demons are descended, there is a reddish fireball that is created from the bodies of the creatures that flies into the ground. At the moment of dispatch there’s a cool looking flame that emanates from the body like we saw in Blade, just not done as well. And, seriously, Blade was in 1998, this effect should be insane today. But, not here.

And, the special effects were well done in some places. The male gargoyles looked and moved with what seemed like a natural gait. In other cases, they clearly seemed to be cutting corners – especially with humanoid figures from a distance. I really like the representation of workstations in the lab, with the transparent screens that allow people on both sides of the LCD to see what was being displayed. It made me think, why aren’t these things possible? I expected them to be touch screen, but it didn’t seem like Terra knew that. I saw the movie in 3D too, and there is absolutely no reason for you to pay extra for this. The movie appeared to take little or no advantage of 3D scenes but for some of the bigger set pieces.

There are all sorts of Underworld touches here too. Kevin Grevioux, writer of Underworld and a number of related games, gets a writing and production credit. I will always remember him as the huge Lycan Raze in Underworld. Even various posters for the movie highlight this link above the title, proclaiming the movie “From the producers of Underworld”. Similar themes are at work here too. In Underworld, the protagonist found herself in the middle of a war between two powerful rivals. Sadly, Kevin the actor and his signature deep voice were used very little in the movie.

Perhaps more interesting is the evolution of this movie from a screenplay, to graphic novel spec, to a movie. Grevioux is responsible for the written source I, Frankenstein was based. It might be natural to link this to the graphic novel by Grevioux sharing the same name, but the comic comes out in tandem with the movie, not before it. Back in 2007, Grevioux conceived of the graphic novel and screenplay together – and the studio, Lakeshore Entertainment, decided to take on the movie right away. Reading the comic, titled “I, Frankenstein: Genesis” it wasn’t exactly clear if this was a prequel or an adaptation.

This is the general tone for much of the movie too. It wasn’t exactly clear what Naberius wanted to do until much too late in the movie. Even worse, if demons possessed bodies without souls, why wouldn’t they just immediately posses Adam and be done with the elaborate scheme? The entire effort to reanimate new bad guys depends on a simple fact would not have been too difficult for the worst scientist to figure out. So much of this movie just felt off; It was almost as if the parts that helped make sense of character’s motivations were  left in the cutting room. Mercifully, the movie is 93 minutes, so it’ll be over quickly.

I found it very interesting that an immortal re-animated corpse would sweat and have the ability to sleep. These kinds of touches were probably meant to humanize the character, but make little sense. Another interesting touch in the movie, was a callback to the Dark Knight when Adam fights Zuriel in a warehouse. Adam is sent falling several levels to the dirt floor, and all I could think of was the fall of Two Face. I wonder if you’ll notice that too.

Stuart Beattie, is directing his first big budget movie this time around, which probably explains why the movie lacks a cohesiveness needed for the proceedings. Aaron Eckhart is in amazing shape here too. You have to respect what it takes to do all this physical work at the age of 45. The ending left things open for a Frankenstein who protects humanity in successive movies that one hopes, will never come. It can’t be a good thing when a movie is pushed back three times and plunked into a January release window. I, Frankenstein was actually slated for a February 2013 release before numerous delays. 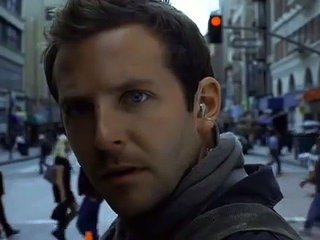 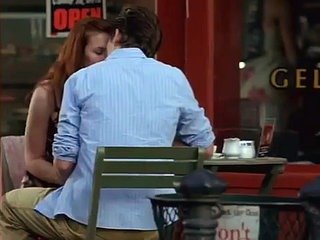