The site, the AkademieZubrowka, reveals the faux history of the Republic of Zubrowka, home of the illustrious Grand Budapest Hotel. The hotel was the home to many celebrity debutantes, priceless art, the legendary bellhop. Check out what you can expect to see from the film after the jump.

The site was designed to inform you on the history of the fictional nation of Zubrowka, where the Grand Budapest Hotel is located. In it you will be educated in a course called: The Republic Of Zubrowka Before The War: A Central European Case Study Of Social, Political, And Cultural Upheval.

Split into three different courses, the site covers The Grand Budapest and tourism, the people that lived during the coup, and the coup de tat itself. Don’t worry about reading, as there will be many visual aids to help you get an A in the course. You’ll even get a chance to see the infamous “Boy with the Apple” piece that was given to Gustave H (Ralph Finnes).

You will be able to click on the visual aids for a closer and more detailed look at some of the set pieces you will be able to see in the actual film itself. It’s actually pretty neat, especially the skull brass knuckle called a “knuckleduster.” 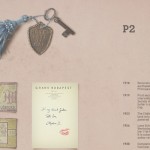 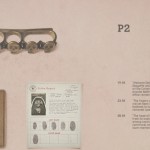 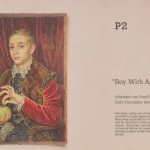 So check it out, and don’t be afraid to go through all three courses at www.akademiezubrowka.com/

Set in alternate-history 1920s Europe in a country called the Republic of Zubrowka, a famed hotel concierge by the name of Gustave H. is bequeathed a painting called Boy with Apple after his one night stand, Madame D, is killed. Madame D’s son, Dmitri, vows revenge on Gustave by framing him for Madame D’s murder. Zero Moustafa, the lobby boy, and his love interest, Agatha, help Gustave hide Boy with Apple from Dmitri and the authorities.