So much of the romantic comedy genre is focused on the female perspective, leaving the male lead characters to be the cookie cut swooning sweeping off your feet romanticist. But not in Tom Gormican‘s new romantic comedy That Awkward Moment. The film focuses on three three best friends who find themselves where we’ve all been- at that confusing “moment” in every dating relationship when you have to decide “So…where is this going?”

There is definitely some magical chemistry between the film’s lead stars Zac Efron, Michael B. Jordan, and Miles Teller – as noted by their ability to riff and improv during the post credit scenes. But while the chemistry is there, it doesn’t carry throughout the whole movie, as the film comes off as forced and predictable. Hit the jump for the full review of That Awkward Moment.

The rapport between Efron, Jordan, and Teller the only thing that will keep this film afloat, but honestly the film is already a sinking ship. While the three characters are in different stages of a relationship, they are merely cookie cuts that could be seen in almost every generic romantic comedy.

We start off with Jordan’s character Mikey who is a 20 something year old experiencing the pains of a divorce. He thought he did everything by the book or in this case “checked the box.” Jason (Efron) and Daniel (Teller) are not as committed as Mikey, but when they find out that he is divorced they make a pact to stay single until one of them gets into a relationship.

The script feels so droll and mundane because the characters are written so weak. The three leads are at their best when they are together, but separate them, and the film falls apart instantly. There is not much depth to the female characters in the film as they are the weakest of all the characters.

Jordan tries to cope with his recent divorce. The hopeless romantic thinks he didn’t do anything wrong, contrary to the obvious signs posted. But the character doesn’t get enough screen time, and is relegated to a typical subplot of the character fully realizing that all this time it wasn’t him that was doing it all wrong, it was his ex-wife (Jessica Lucas).

Teller also doesn’t get the screen time he so rightfully deserves. He is oozing with confidence and wit as he tries to woo the underutilized Mackenzie Davis. Davis is the only strong female character of the cast as she is the only one who is able to keep up with Teller’s pace. Unfortunately we see so little of her that we are left wanting more when the scene switches to the other relationships.

This leaves us with Efron and Imogen Poots. As much of this film is marketed out to be about Jordan, Teller, and Efron, That Awkward Moment is all about Efron’s struggles to be in a stable relationship. Efron comes off as the A Typical working class New Yorker who can’t escape his glory days at the Frat House. He is brooding, looking for sex, and is the biggest asshole of the group. But he uses that to advantage to score more women and increase his “roster” of women. And his latest addition takes us to Ellie (Poots). Out of all the relationships the film focuses on, the Jason and Ellie relationship is the least interesting for a variety of reasons. Efron doesn’t seem to be giving it his all for one thing, Poots looks like she doesn’t care, and the chemistry between the two is not there.

While the defining moments are few and far inbetween, the ones that we see are all to real and things that everyone who uses social media can relate too. It does take a look what what guys do when they are pining over a lady by showing us that they stalk a person’s Facebook page (admit it, you’ve done it too).

There are some genuinely funny moments in this film. Jordan trying to cope by pleasuring himself with self-tanning oil on accident or grabbing a pint of ice cream. Teller riffing but also being charismatic and witty. Davis matching Teller’s comedic punches blow for blow. But film is so bogged down by trying to make it about Efron’s character that all the other characters suffer in his wake. That Awkward Moment had so much potential with the star power and the beautiful New York City setting, but in the end it just didn’t work. 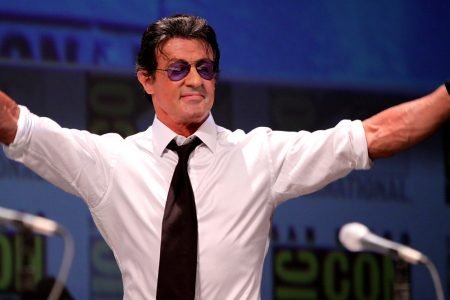