“Muppets Most Wanted” Wishes You A Happy Valentine’s Day

This Valentine’s Day may be filled with romantic dinners, chocolate, sparkling alcohol, flowers, and everything else in between. But the Muppets celebrate the most romantic day a little differently. To celebrate Valentine’s Day, as well as promote the upcoming Muppets Most Wanted, Disney has sent us two Valentine’s Day e-cards, plus a hilarious video of Kermit the Frog, Miss Piggy, and the third wheel and Kermit’s evil doppleganger: Constantine. Hit the jump to check them out. 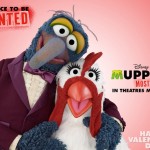 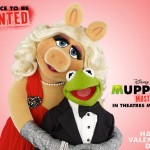 Muppets Most Wanted features everyone’s favorite Muppets, of all shapes and sizes, as well has human actors like Ricky Gervais, Tina Fey and Ty Burrell, with cameos roles made by Tom Hiddleston, Ray Liotta, P. Diddy, and many many more. Directed by James Bobin, with all new songs written by Bret McKenzie, Muppets Most Wanted opens in theaters on March 21.

Disney’s “Muppets Most Wanted” takes the entire Muppets gang on a global tour, selling out grand theaters in some of Europe’s most exciting destinations, including Berlin, Madrid and London. But mayhem follows the Muppets overseas, as they find themselves unwittingly entangled in an international crime caper headed by Constantine—the World’s Number One Criminal and a dead ringer for Kermit—and his dastardly sidekick Dominic, aka Number Two, portrayed by Ricky Gervais. The film stars Tina Fey as Nadya, a feisty prison guard, and Ty Burrell as Interpol agent Jean Pierre Napoleon.