As promised the first full trailer for Michael Bay’s Transformers: Age Of Extinction has finally been released. This after coming off an intriguing Super Bowl spot and a trailer preview yesterday. Though the marketing of the film has been relying solely on these spots, expect more to come as bits and pieces of the plot itself begins to unravel. We are already starting to see what kind of weaponry the humans have, and got a tease of what looked like Optimus Prime wielding the Star Saber. You’ll have to hit the jump to see the full trailer.

Okay, Optimus Prime punching Grimlock in the face is enough to put a smile on anyone’s face, and this is coming from a guy who has hated the entire film franchise. So I tip my hat to you Michael Bay. As for the trailer, it seems to be a few snippets and teases that don’t really add up. It looks like the humans are hunting the last remaining transformers. As noted by a platoon killing off what looks like Ratchet, plus the line “We don’t need you anymore,” seems to tell us that their services have been rendered useless.

Of course they will come to regret all of this when a new threat arrives. Plus Optimus Prime punching Grimlock in the face. Oh I already mentioned that. It has been an interesting marketing plan for this movie. So far the only thing we have seen other than the trailers is a Facebook Movie. Although I do hope we get more of a viral marketing campaign.

Here are the three new posters. 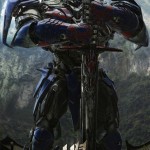 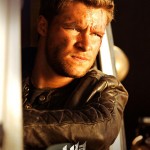 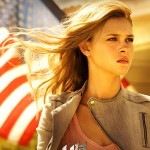