Muppets have always had a brand of comedy that is self-aware and very relatible. They are never one to shy away from making fun of themselves or pop culture itself. And in these four new spy mashup posters that are promoting the upcoming Muppets Most Wanted, they are doing just that. Kermit gets into the spy game in these Skyfall and The World Is Not Enough parody posters, while his nefarious doppelganger Constantine gets in on the action with a Tinker Tailor Soldier Spy. But it’s when the two get together for a Face/Off parody that will surely get everyone laughing. Hit the jump to see these posters, plus another TV spot making fun of the Idina Menzel Adele Dazeem flub.

Since Muppets Most Wanted is a caper film, it seems obvious that the marketing team would lead towards these kinds of posters. The Face/Off mashup is really fun since it does a great job of parodying the outrageous mistaken in identity theme. But Kermit as James Bond in the Frogfall poster is perhaps the best of the four. 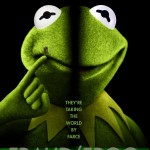 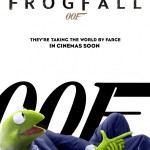 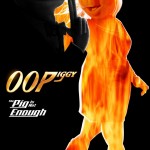 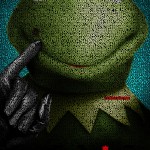 The Muppets aren’t ones to let a flub like John Travolta’s saying Adele Dazeem instead of Idina Menzel go. Here is the latest TV spot poking fun at the recent flub.


Starring Tina Fey, Ricky Gervais,, Ty Burrell, and a slew of cameos, Muppets Most Wanted opens in theaters on March 21.

Disney’s “Muppets Most Wanted” takes the entire Muppets gang on a global tour, selling out grand theaters in some of Europe’s most exciting destinations, including Berlin, Madrid, Dublin and London. But mayhem follows the Muppets overseas, as they find themselves unwittingly entangled in an international crime caper headed by Constantine—the World’s Number One Criminal and a dead ringer for Kermit the Frog—and his dastardly sidekick Dominic, aka Number Two, portrayed by Ricky Gervais. The film stars Tina Fey as Nadya, a feisty prison guard, and Ty Burrell as Interpol agent Jean Pierre Napoleon.