Aaron Paul is just one of those actors who started off with humble beginings. From small time commericals like Juicy Fruit to appearing in The Price Is Right, the actor has come a long way before winning two Emmys for his work on Breaking Bad. Now he is taking the lead in the Scott Waugh-directed Need for Speed, where he plays Tobey Marshall, a vengeful car mechanic seeking justice against a racing rival who left one of Marshall’s friends for dead.

We joined a couple of journalists over the weekend to talk to Aaron about Need for Speed, jumping from TV to film, doing his own stunts, why he was so jacked up on energy during his appearance on The Price Is Right, Better Call Saul, and much more. Hit the jump to read the entire interview.

You seem to have the actor’s dream. You jumped from one thing that is dramatic to something much more fun where you get to smash cars.

It was just that. It was really why I jumped into it. Such heavy stuff for so long, after Breaking Bad I wanted to jump into something that was just lighter, fun, and also had a good story. So yeah it was a blast.

How much training did you do in the actual cars?

In the actual cars, not much. I did as much seat time as I could get my hands on. I was on the track in Willowsprings, it’s outside of L.A., which you should all go out because it’s a blast. You can go and just use one of their cars, and have a track day. Or you can take the course that I took. You can do a three day stunt course, and learn how to do 360s, drift around corners, and reverse 180s. Learning how to drive around a track at 180 backwards is just ridiculous. But you are learning how to get out of problematic situations that’s the main thing. I was shooting the final season of the show while I was training for this, and you could see that Jesse was getting a little bigger, I was just so used to playing a character that was so serverly underweight, that if i was going to do this film, i needed to gain a little weight, about 30 35 pounds throughout the course of the final season. That was hard, I was used to only eating once a day to stay that skinny. So I had to go from that to eating four times a day, to six times a day, to eight times a day. Which I think was the hardest part was eating that much.

How is it that you are the only guy in the movie that doesn’t say bitch?

Hey I wanted to. They were against it.

You got to drive some really amazing cars, from the high tech to the American muscle, which one did you find to be the most rewarding?

My favorite car hands down was the 68 Torino. Did Scott tell you that I was going to get it. There was two, Troy. Gilbert. Lance’s brother destroyed one of them during one of the races, and now there is one remaining. God I want it so bad. It’s such a beautiful car.

Which was your favorite driving scene to do?

Probably the first Menken race. And the Mount Kiktso race. We were shooting a closed off downtown set in Menken, Georgia, and they let me do a lot of my driving. I was just drifting into a corner, going down an alley way, and into a parking structure, and coming out of the structure and getting some air, and feeling the bottom of the car scarp against the ground. It was just so much fun. Plus I was driving that torino. I just wanted to take that thing so bad.

Did the fact that there was not going to be CG scare you?

No, that’s what got me really excited actually. I was such a huge fan that I believe started the genre back in the day. Bullet, Smokey and the Bandit, and I was just a huge fan of Steve McQUeen, watching those movies, you can tell driving those cars there was no CGI. So I love that, that was very brave, it was perfect to have these guys holding the reins. I mean, Scott, second generation stuntman. Lance Gilbert, our coordinator, third generation stuntman. They know what they are doing, and they had a blast doing it.

Is it important for you to find a balance of roles in your career?

I started to do this film, the day after I wrapped Breaking Bad. Right after I did this, the director of Hellion (Kat Candler) came out to Menkin, Georgia to meet with me for that project. A small little passion project, $400,000, 35 person crew, the dead heat middle of the summer in Texas, it was shot in 2.5 3 weeks. I try do these sort of films, so I am able to do the small passion projects that you simply don’t get paid for. You just do it for the love of it.

Have you played the video game?

Have you had a chance to see it with a general audience?

I just saw it for the first time during this whole press tour in New York with a big audience. I had seen it before with Scott and I in his small screening room, that was way before the sound design, it definitely wasn’t a locked picture. But it was a locked picture in New York. It was fun, it was great to see people having such a good time in the theater. When I was a kid, it was so fun to go to the movies, it was exciting. I think this movie is exciting. I think it was a fun and great story. So I am happy people are responding to it.

Is it mindblowing to know that you were that kid on the Price is Right who would become a two-time Emmy Award winner, to leading movies like Need for Speed?

It’s all so great, but when I was on the Price is Right…

You knew then you were going to be leading movies.

Yeah, yeah yeah, I knew one day I was going to star in Need For Speed. No when I was on the Price is Right, I don’t know if all of you have seen it, but if you haven’t you should watch it, because I look like I am on serious drugs. I had gone to 7-11 and filled up a big-gulp with six of seven cans of red bull. Because I knew they wanted energy, and each time I’ve been to the Price is Right it’s an audition. I have friends to come into town from Idaho and we go to the price is right, and one of us would get picked. And I drank that entire thing of red bull, and I could not sit still. But even then one of my first jobs, just commercials, a one line in some hour drama, I felt like I was living my dream. I was very excited about it. I didn’t really plan on being in a crazy huge budget film, I just wanted to do what I was passionate about, whether it be doing commercials, guest stars or whatever, just as long as I was happy doing what I love, and hopefully eventually did something I was proud of.

Did you have a great knowledge of cars prior to making this film?
I wasn’t a crazy greasemonkey at all. I have an old classic car myself. It’s a 65 Shelby Cobra, I’ve had it for about four years. I love it. She’s my baby. The fact that the star of this film car-wise, is a Shelby, was pretty cool.

Can you give us some details about Better Call Saul?
Yeah. Well it’s a prequel. Better Call Saul has got a straight pickup – we didn’t have to do a pilot. We’re doing 24 episode. It got picked up for 24 episodes – it’ll probably go for more. We’re shooting in Albuquerque on the same stage we shot Breaking Bad on, or same stages. Will Jesse Pinkman be in it? I hope so. I definitely would love to do it. Vince and I have talked about it. Whether that’s gonna be an episode cameo or something more I’m not sure. But it will definitely be in his lighter days. That’ll be nice to play that not so tortured. You’ll see what I’m talking about. 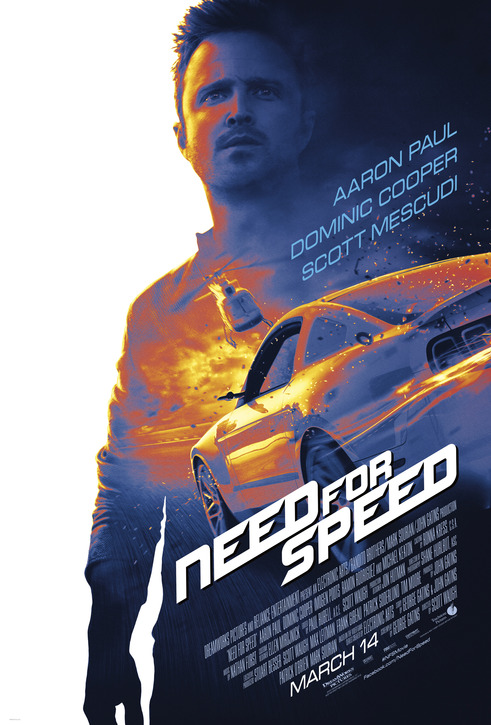 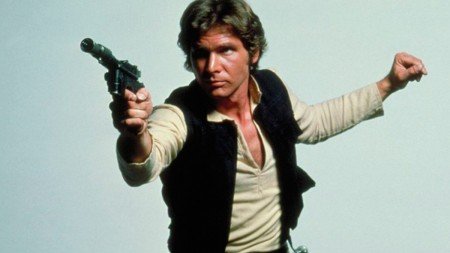