Trailers Weekly is a feature in which we bring you the most popular and talked about trailers of the week. Sharing trailers is a classic viral practice, and trailers are still the most mainstream way for people to learn about movies. We’ve got trailers from Sex Tape, Lucy, The Expendables 3, The Angriest Man In Brooklyn, and Blended. Hit the jump to see them all.

Sex Tape
A married couple (Cameron Diaz and Jason Segel) wake up to discover that the sex tape they made the evening before has gone missing, leading to a frantic search for its whereabouts. Sex Tape opens on July 25.


Lucy
From La Femme Nikita and The Professional to The Fifth Element, writer/director Luc Besson has created some of the toughest, most memorable female action heroes in cinematic history. Now, Besson directs Scarlett Johansson in Lucy, an action-thriller that tracks a woman accidentally caught in a dark deal who turns the tables on her captors and transforms into a merciless warrior evolved beyond human logic.


The Expendables 3
In THE EXPENDABLES 3, Barney (Sylvester Stallone), Christmas (Jason Statham) and the rest of the team comes face-to-face with Conrad Stonebanks (Mel Gibson), who years ago co-founded The Expendables with Barney. Stonebanks subsequently became a ruthless arms trader and someone who Barney was forced to kill… or so he thought. Stonebanks, who eluded death once before, now is making it his mission to end The Expendables — but Barney has other plans. Barney decides that he has to fight old blood with new blood, and brings in a new era of Expendables team members, recruiting individuals who are younger, faster and more tech-savvy. The latest mission becomes a clash of classic old-school style versus high-tech expertise in the Expendables’ most personal battle yet.


The Angriest Man In Brooklyn
Some people have bad days. Henry Altmann (Robin Williams) has one every day. Always unhappy and angry at the world including everyone in it, Henry sits impatiently at the doctor’s office when he is finally seen by Dr. Sharon Gill (Mila Kunis). Sharon, who is enduring her own bad day, reveals that Henry has a brain aneurysm. This news makes Henry even angrier, yelling at Sharon he demands to know how much time he has left. Faced with Henry’s anger and insults, Sharon abruptly tells him he has only 90 minutes. Shocked and reeling by this news, Henry storms out of the office leaving Sharon stunned by what she has just done in a lapse of judgment. As Sharon goes on a city-wide search, Henry struggles with his diagnosis, determined to make amends with everyone he has hurt in his life.


Blended
After a disastrous blind date, single parents Lauren (Drew Barrymore) and Jim (Adam Sandler) agree on only one thing: they never want to see each other again. But when they each sign up separately for a fabulous family vacation with their kids, they are all stuck sharing a suite at a luxurious African safari resort for a week. 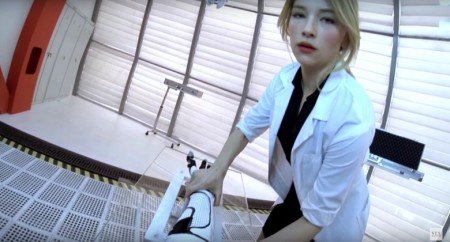