J.J. Abrams Gives You A Chance To Be In Star Wars: Episode VII

With production already started on the next entry  in the Star Wars universe, J. J. Abrams has announced a way that one lucky fan could have a part in Episode VII. After the break, find out how to get your name in the running to play a character in a galaxy far, far away and how they’re using this contest to raise money for a worthy cause.

Here’s Abrams’ video which was shot on the Star Wars set in Abu Dhabi and we get the chance to see our first practical effect alien from the film. This bodes well for those who were turned off by the focus on digital creatures in the prequels as opposed to the practical effect creatures of the original trilogy.

As Abrams explains, by donating through Omaze for a contest entry, your money will help fund the new UNICEF campaign initiative, Star Wars: Force for Change. You’ll help support innovative work for children that could change lives across the globe. This includes work such as portable, solar-powered learning kits being built in China, Uganda and Burundi that would ensure every child in the world has access to relevant quality learning. 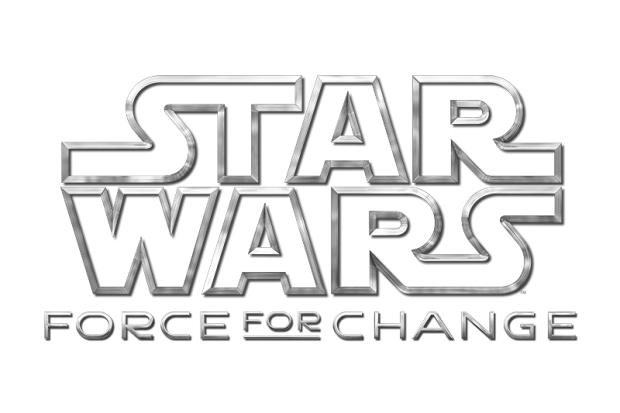 You can check out their Omaze campaign page for all the different rewards you get for donating certain amounts. For every $10 you donate, you automatically get an entry in the drawing to pick who will get a part in the film. Some rewards are out of most people’s price ranges such as the Jedi Grand Master of the Order reward which gives you 5000 entries in the contest and an advance private screening of Star Wars: Episode VII in or near your hometown. You get this reward for the low, low price of only $50,000. Yikes!

Most people will be able to afford the basic Supporter reward which only costs you $10 with one entry in the contest. Again, you can check out the Omaze page and see what reward fits best with your wallet.

If you do win the chance to be in the film, you and one lucky friend will be flown out to London, where you’ll go behind-the-scenes on the closed set of Star Wars: Episode VII. You’ll get to watch some of the filming and meet some of the newest members of the cast. For your part in the movie, their makeup and costume teams will transform you into a Star Wars character for an actual scene in Episode VII. There is a disclaimer that not every scene filmed is 100% guaranteed to make the final cut, so if you don’t make it into the final edit, you’ll at least have the satisfaction of being in the deleted scenes for the DVD and Blu-ray versions.

You have until July 18th to enter. The winner will be announced on July 31st.