Nothing could have been more disappointing than this. To hope that Warner Bros. VIP Tours would debut the Gal Gadot‘s Wonder Woman suit from Zack Snyder’s Batman V Superman: Dawn Of Justice was a mistake on everyone (including us) that followed this farce. This speculation started building after they have teased their Twitter feed with photos of Batman’s suit, Superman’s suit, and Zod’s suit. Even the Batsignal was teased. But that is the moment everyone should have realized that it all meant nothing.

Well, maybe it isn’t all that bad. Because the WB VIP Studio Tours announced that they will be having a Batman Exhibit as a part of their tour. Hit the jump for more info. 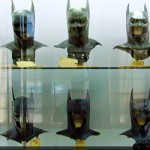 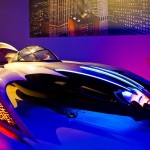 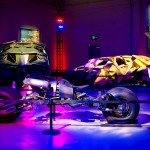 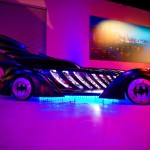 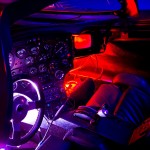 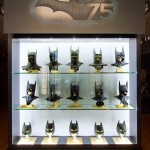 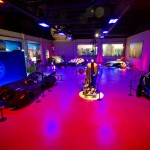 To celebrate the 75th anniversary of DC Comics’ Batman, we’re inviting you to delve into a world of superheroes, Grappling Guns and Batarangs at the studios where the classic movies were made.

This summer, you’ll be able to get up close to the iconic costumes, gadgetry and vehicles used in all seven movies as we open the doors to the Batcave and reveal some closely-guarded filmmaking secrets. Expert tour guides will accompany you as you spot iconic locations from the movies and will lead you to our newly-transformed Studio Tour museum – with more than half of the ground floor now dedicated to the Caped Crusader.
Six iconic Batsuits will be on display including the original version worn by Michael Keaton in Batman and the final Christian Bale costume from The Dark Knight Rises. You’ll get see a wide range of authentic costumes including those worn by Poison Ivy, The Riddler, Mr Freeze and Catwoman as well as some infamous prop weapons such as the Joker’s cards, Two-Face’s coin, Penguin’s umbrella and Bane’s bomb.

In Warner Bros. Picture Car Museum, which is located on the studio lot, a selection of the Dark Knight’s most iconic vehicles will be showcased – with the Bathammer, Bat-Pod and Tumbler taking centre stage. The Bat-Signal, used to call Bruce Wayne’s alter ego at a time of need, will be on display and you’ll get the chance to operate the infamous prop yourself.

A limited number of specially-themed Batman carts will be available throughout the day, ready to escort film fans around the studio lot.