The season 5 premiere of Pretty Little Liars aired last night, and that kind of success helped give way to ABC Family extending the popular series for two more seasons. Of course in the age of social media, fans of the show will be tweeting and updating their Facebook statuses about the show, and now you can add Snapchat to the list.

Audi, the official sponsor of the hit ABC Family show, will be using the social media platform in new and innovative ways. Hit the jump to see what kind of content you will be seeing.

Exclusive content from Pretty Little Liars (PLL) and the show’s stars will be revealed on Snapchat, and all in real time.

“The PLL audience is always looking for exclusive content to help get more information about the show,” said Mark Rejtig, svp of national sales for ABC Family. “The nature of Snapchat will create the sense of urgency since the images appear quickly. It’s an interesting way to deploy content to our rabid fans.”

Using the Snapchat marketing campaign isn’t anything new, in fact there are other televised series that have used this sort of marketing plan before. HBO’s Girls used Snapchat to bring content to its followers, and according to AdWeek, Coldplay’s Chris Martin will be an advisor of the app on NBC’s The Voice.

Not only will fans be able to see this one-of-a-kind content from their favorite show, but the Snapchat campaign also benefits Audi as well. They will be able to market themselves to the younger audience. And by extending PLL’s for two more seasons, the marketing team will have plenty of time to gauge and modify their marketing strategies, which could result in more innovative and exclusive social media campaigns. 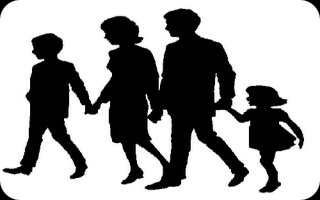