The marketing for The Hunger Games film adaptations have been innovative, interactive, and most importantly have been fun. Between the two major viral websites: The Captiol Pn and Captiol Courture, and the massive fan signings and movie premieres, fans have always had access to being a part of the Hunger Games, in one way or another. It’s almost as if they were in Panem itself.

With the franchise winding down to its final two films, Lionsgate is ramping up the marketing machine again for The Hunger Games: Mockingjay Part 1. To start it off, the studio has released a brand new set of posters that honors the heroes or respective districts. These posters come from the Capitol, the nefarious government which forces each district to pick two of young citizens to fight in a battle royale. So what could they be scheming now that the latest Hunger Games has come to an end? Hit the jump to see all the new posters.

Lionsgate has done an amazing job with the marketing for the film, never straying too far away from the themes of the source material. Beauty, excess, violence, an oppressive government are just some of the aspects we have already seen. But the Captiol.pn has been the forefront of the marketing campaign, which is constantly being updated and tailored to fit each upcoming film. These latest batch of posters don’t focus on Katniss Everdeen (Jennifer Lawrence) though, or any of the other characters for that matter. Instead they center on the citizens that go unnoticed, whom the Captiol are now calling heroes. Each hero represents their respective district in a manner that would honor the hard work of all its citizens.

But behind each of these posters, lurks an evil. So check out all of the posters below, and see if you can find them. 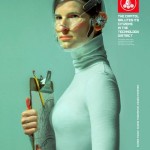 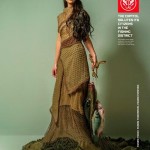 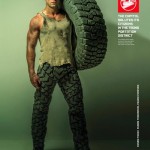 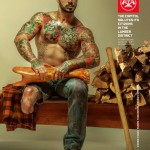 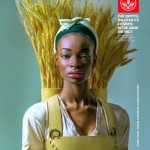 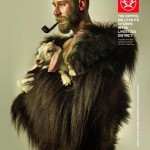 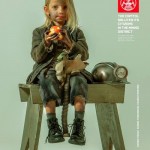 The irony of these posters is that while the Capitol are portraying these citizens as heroes, they are being treated poorly. Take the young girl from District 12, who seems to have been forced into child labor, or the amputee of District 12, the lumber district. He may look like a hero because he walks with a prosthetic leg made of sources of his district, but taking a deeper look we see he is just another piece of wood.

There are themes of the Captiol’s oppression throughout these pictures, its almost as if they were taken against their will or made to represent how powerless the citizens are.

You can find out more about the Heroes of Panem on the official Hunger Games viral site, Captiol.pn.

The Hunger Games: Mockingjay Part I opens in theaters on November 21, 2014.